As the economic environment changes around us, so too does the way in which young entrepreneurs seek to engage with enterprise – in the hands of entrepreneurs, it is hardly surprising that the nature of entrepreneurship itself would evolve and re-invent itself.

The outdated perceptions that entrepreneurs are somewhat isolated, highly driven, risk-taking mavericks, however, are chasing away the next generation of business leaders. Not only that, the level of debate around the availability of start-up finance leads to large numbers of young people reticent about taking out a loan, preferring to bootstrap their way through the initial stages of their business.

Astonishingly, the Disrupt Inc report, published by the Royal Society for the Encouragement of Arts, Manufacturers and Commerce (RSA) and supported by the Royal Bank of Scotland, found that while 9.5 per cent of 18-24-year-olds intended to start a business, only 3.6 per cent were actually doing so.

“Despite the flurry of media commentary surrounding young enterprise, very little is actually known about how young people become entrepreneurs. We discovered that many do not conform to traditional stereotypes of entrepreneurs. Instead, they often stumble into business ‘accidentally’, start up on a shoestring budget and with an imperfect product, and rely on a whole host of other people – mostly personal acquaintances – to get them to where they want to be. If we’re to win the ‘global race’ as outlined by the prime minister, there’s an urgent need for support organisations to quickly get up to speed on this rapidly changing businesses environment.”

While “valiant steps” have been taken to support young people through schemes such as StartUp Britain and Business in You, the enterprise support industry often uses language that alienates potential business leaders. The support itself may have become misdirected, as it doesn’t always cater for the unconventional ways in which young people are now starting up their businesses. The effort spent in establishing formal mentorship schemes belie the preference that many young people have for more informal support from personal contacts.

Channelling funds into grand policy solutions through a burgeoning “enterprise support industry” may not actually bring about much impact, the report suggest. In order to stimulate greater levels of entrepreneurial activity, a small scale support that’s built on experimentation at a grass roots level and goes with the grain of young entrepreneurs’ real experiences is needed, however unconventional that may sound.

In essence, support organisations should launch a joint marketing campaign in order to challenge some of the myths surrounding enterprise and encourage more young people to come forward and access business support.

The myths circulating the web do little in representing entrepreneurs. See if these sound familiar:

While 2010 saw the number of young people in the early stages of an entrepreneurial venture rise sharply to be at its highest level for a decade, RSA researchers highlighted that only 35 per cent of those who begun a business ceased trading not long afterwards. Other countries have much higher startup rates among their youth than the UK does. In the United States, one in seven young people engage in early stage entrepreneurial activity, compared to one in 17 in the UK.

What happens when you “break up” with a shareholder? 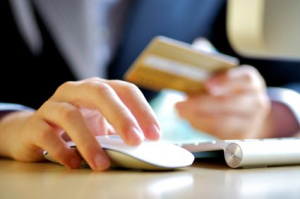 SMEs are starting to rent their way to success