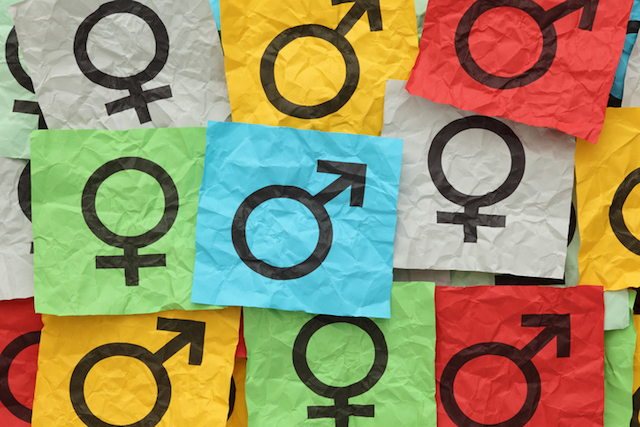 Share via
In 2014, after years of working in the financial industry, I came to realise that It was becoming difficult to reconcile who I was as a person with what I was doing as a job. I was in my early forties and I really wanted to live a life much more aligned to my values and I was fortunate enough to be able to do that and make a career change. I had always been a supporter of women?s equality, and my years in the financial services industry had shown me that we still had a long way to go for women to have equal opportunities not only for the top jobs but in the lower managerial ranks too.

Carving out my own path

? Knowing this, I decided to re-train as a coach and set up my own consultancy focussing on gender equality, women?s leadership and confidence training. I was full of hope when I launched my first website and started talking to people about my offering. I had discussions with decision makers about what I felt could be done to advance women in the workplace, but I soon found out that stepping onto the path to leadership was a lonely and often fruitless task. Very few doors opened for me and I quickly realised that putting my head above the parapet, as a woman was not welcomed by many. ? I had to get used to my ideas and my training being dismissed out of hand. I?m not going to say that I didn?t find that hurtful but it did help me develop a thick skin and strengthened my resolve to be the most authentic version of myself I could be.

“I stopped worrying about people pleasing and focussed on what I wanted to achieve.”

During many lonely times, what has kept me going, had been the frequent and immensely gratifying messages from individual women, who write to me privately, thanking me for speaking up for the things that they too believed in a but do not feel able to say. ? Their belief in me has spurred me on immensely.

“As I?ve settled into my role as a leading advocate for women in business, I have learned how life-changing it is to truly sit within my power and own it.”

It has increased my bravery 10 fold. If I hadn?t stepped into that role, I don?t believe that I would have ever reached my true potential as a person. The downside of owning my own power and moving away from my old corporate self has been that a few old colleagues have turned away from me. But it has in no way changed my desire to lead – quite the opposite in fact!

“Being a leader has broadened both my personal and professional horizons and I now meet people from much more diverse backgrounds than I ever did before.”

It has made me realise how narrow my professional experience had been to date and I?ve grown massively as a person spiritually and emotionally as a result.

“Some of the greatest, most positive support I have had has been from women of colour who have welcomed me into their communities and online spaces and the positive energy I have felt amongst them has been so uplifting.”

I have also seen a lot of positive support from North American women where my way of thinking is more mainstream. I feel that within both of those communities I can truly be the leader and the woman that I want to be.

“Finally, one of the most fulfilling aspects of speaking my mind and leading from the front has been meeting other women leaders who are similar to me.”

To connect professionally with other powerful women who are also unafraid to own their opinions and their talents has shown me that we are well on our way to developing a brilliant and powerful international community which is determined to see a different future for women in the business world. Natasha Stromberg is founder of Genderbuzz, a platform for sharing and searching for female-led businesses.