Alongside the funding, the lender has also pledged to host a series of over 60 events, providing networking opportunities, education and advice for female entrepreneurs and business leaders.

The move is part of NatWest’s plan to boost female entrepreneurship and become the best bank for women-led companies in the UK, the bank announced.

Commenting on the new fund, CEO of commercial and private banking at NatWest, Alison Rose, said: “If women were to start businesses at the same rate as men, there would be 150,000 more startups in the UK every year.

Statistics from the bank reveal that in 2017 it increased its small business lending activity to businesses owned or directed by women to 7.5 per cent.

In addition, NatWest saw a 29 per cent uplift in the number of female business owners switching to the bank, and a 30 per cent rise in new accounts opened by female SME owners.

According to Rose, the lender’s popularity among female business owners is the result of its investment in staff training and its efforts to build women’s networks. Last year, NatWest trained 171 employees to be Women in Business specialists, bringing the total number of the bank’s staff that hold the accreditation to 400.

In the last three years, over 40 per cent of the 4,000 startups and high growth businesses that NatWest has supported through its Entrepreneur Accelerator network have been women-led.

“Since we started to provide formal accreditation and training to build women’s networks, we’ve seen a really positive return both for us and for our customers, and we’re committed to providing further practical, proactive support,” said Rose. 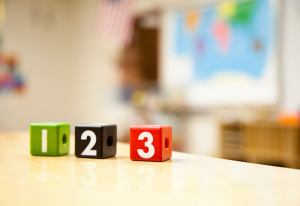 Three things entrepreneurs need to do to achieve success

Apprenticeship Levy: The government has made a dog’s dinner of the scheme