It seems that the government’s efforts to encourage UK businesses to move overseas is finally getting through. Companies of all sizes see overseas expansion as a key part of their forward growth strategy, according to the new ‘Anatomy of an International Business’ report by healthcare provider Expacare.

Nearly half the businesses questioned in the poll were either considering a move to trading overseas in the future, or hoping to further strengthen their established international foothold. UK SMEs are increasingly seeing themselves as global businesses: some 44 per cent felt they wanted to play a part in a global market.

Over three fifths of SMEs said that doing business abroad is set to become commonplace for companies in the future, revealing a real appetite for operating in foreign marketplaces.

The research also examined which countries British businesses could see themselves moving to. Here, it was apparent that many were already making the most of EU rules, which allow them to operate across Europe easily. Businesses are also looking to spread their wings further afield, with four in ten hoping to move to Scandinavia. A third are looking to capitalise on business opportunities in the emerging BRIC countries.

But businesses are also avoiding certain countries. Some 41 per cent say that they would not operate in Switzerland, potentially deterred by the extremely strong currency which can push up the operating costs. In addition, nearly half of businesses said they would not consider doing business in South Africa.

“The research has shown that there is a firm trend for businesses to look beyond their borders in pursuit of growth, which is encouraging,” said Beverly Cook, managing director of Expacare. “It is fantastic that the UK government is doing all that it can to encourage businesses to look into the opportunities in international markets which will undoubtedly provide a boost to the UK economy. 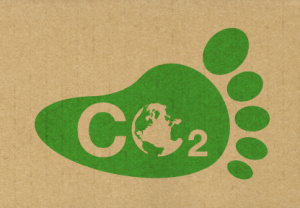