That said, while having business optimism, alongside being hopeful and ambitious, are three common character traits for entrepreneurs and business owners, so is the guile and determination to be up for the fight and take on the challenges that are thrown their way.

We’ve entered this year in a pretty good place economically. The economy grew by 0.6 per cent in the third quarter, faster than previous estimates, and unemployment fell, yet again, in the three months to October.

However, there is the spectre of the feast in the form of the start of the Brexit process, which, potentially, could begin by the end of March.

The prime minister is, of course, still trying to overturn the decision of the High Court, which ruled that MPs and Lords should get a vote before she triggers Article 50. The Supreme Court ruling is due next week, and I hope it sees the same sense as its High Court counterparts and make sure that this process is constitutionally-sound and that parliament has its say.

Either way, we’ll soon be taking our first baby steps towards life outside of the European Union. And, just like any toddler trying to walk on their own for the first time, there will be lots of wobbles, falls and plenty of tears.

But babies don’t give up. They persevere, keep on trying to stand, and then walk, on their own two feet. And that’s the business optimism entrepreneurs need to adopt in the year, and even the next few years, ahead.

Humans have an in-built desire to get up and walk and entrepreneurs have similar code in their DNA to succeed in business, whatever the circumstances.

Whether they voted for Brexit or not, all businesses have to follow the same path, which is to make the best of the turbulence ahead of us.

We also need to carry on the momentum business optimism from 2016 that saw the number of private sector companies in the UK grow by 97,000 to 5.5m. These new businesses, along with the many millions of other entrepreneurial firms up and down the country can’t be allowed to fail.

Running concurrently alongside the government’s EU exit strategy has to be a programme of support of UK business that keeps people employed and the economy growing.

When David Cameron and George Osborne came in to clean up the mess left by Labour, they put business support at the heart of their government and through successive Budgets the chancellor maintained his course to sail towards an economically-stable country.

But, just like in 2008, the government can only do so much and it calls for the tenacity of entrepreneurs to apply some “Brexit-proofing” to their businesses. There’s no arguing that the so-called “Great Recession” of the last decade was tough, but we got through it.

In the case of Pimlico Plumbers, we continued to grow through that period. We cut our cloth accordingly, made our business more efficient and productive, which delivered positive results. And we’re applying the same approach now to navigate our way through the potentially choppy waters that any form of Brexit will inevitably bring.

Other businesses across the UK will be doing the same thing, and those that aren’t need to focus on the changes they can make now to keep their enterprises on the right track.

After all, a challenge only becomes a problem when you give in to it – and entrepreneurs never give up. 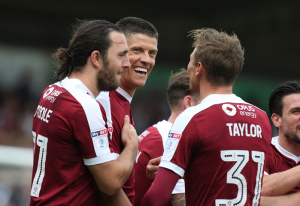 Why sports sponsorship worked for these three businesses

December 2016 economic statistics: All the figures SMEs need to know