It was unsurprising to see the comments were a torrent of aggrieved and abusive responses from applicants and other businesses alike. Just as I, too, wanted to give all British millennials a sympathetic hug, came up a return volley from an angry millennial.

They responded with an even more vitriolic and vicious diatribe on all previous generations – calling them ignorant, worthless and personally responsible for every wrong in the world today.

This unease between millennials and all who go before them has heated blood on both sides for some years now. However, like it or not, millennials are not only here to stay, but are already dominating our workforces – and will soon be our leaders.

Author and speaker Simon Sinek undoubtedly fanned the flames of the millennial row. He attributes much of their alleged sense of entitlement to parenting. There is much evidence to support this now – evidence showing that the totally well-meaning ideas on confidence boosting, such as rewarding participation rather than achievement, or telling our children they could have anything they want simply be wanting it badly enough, have all indeed backfired.

British millennials are accused of acting entitled. But it is small wonder if they have been told by their parents that they are. Small wonder, too, they are shocked to find their uniqueness is not that celebrated in the workplace – as it so carefully was in childhood.

They further stand accused of lack of loyalty to their employers. But older generations have to acknowledge that millennials are not likely to start off trusting a corporate establishment when they have already lived through their parents’ financial meltdowns, housing busts and unemployment.

With the future of regular jobs being uncertain, and therefore the chances of self-employment being high, it follows that they should be focussed more on the self-development to equip them for this eventuality.

The internet is awash with marketing different courses to achieve easy success as an internet entrepreneur. It looks appealing, sitting in a beach hut somewhere, tablet in one hand, half coconut shell in the other. Add this visual to a little entitlement and suddenly this age group are being accused of wanting it all, right now.

Small surprise either that older generations, who have slaved long and hard for their rewards, find the concept upsetting – bordering on insulting.

However, we must never mistake this impatience for lack of ambition. Millennials are believed to be the most ambitious generation so far, with the highest percentage ever found to be aiming for the very top of their career. A study of British millennials by HSBC in June they aim not just for wealth, but influence and a better future.

In tandem comes the rise of social entrepreneurship and not for profit companies. Their passion to change the world can only be admired. But it will be interesting to see how much of this survives the onslaught of mortgages and babies that have swamped previous young crusaders.

British millennials are, without doubt, very different from generations that have gone before and “different” will always create tension. Sinek blames social media addiction for many of the millennial troubles, but again we have to remember that they were the first generation to grow up totally surrounded by it. Adults took a while to catch on to the possibilities of addiction in their young.

We can slam social media platforms for the downsides of bullying or facilitating mental health issues. But we forget that it is the millennials who are far better at self-care, physical and mental, than earlier generations, and they themselves that have pioneered remedial downtime from devices.

So, do they earn their reputation as being difficult to manage? The generation brings new challenges. New is always difficult. Their apparent arrogance and entitlement can be trying on occasion, in my experience. But more concerning is their own self-critique. A recent US poll quoted only 36 per cent of millennials seeing themselves as hardworking, and this fits all too well with that rise in perfectionism.

Recently, I had a conversation with a millennial called Jordan Georgiev, who runs a website and blog for entrepreneurs called Never Productive.

He was the first to admit some of the failings the millennials are accused of and told me that he had come out of school smart, but millennially impatient for life’s rewards, ill-tempered and bad at communication.

When his first startup went bust, he blamed himself, assuming it was because he was a millennial and therefore it followed that he must indeed be too lazy. Going to work for someone else, his IT skills merited him a senior position, but, he says, his own work behaviour did not.

He admitted to feeling entitled and not caring enough. It took one more failed startup of his own to prompt a review and reassess. At that point, Georgiev gave up social media and decided to work on both his social skills and productivity.

He is a fascinating result of the pros and cons levelled at millennials. Combined with typical technological savvy, he is now creating a success story. He is also living proof that the truth of the wild stories, of the millennial generation, good and bad, lie somewhere in the middle. We need to stop this blanket criticism of the new generation.

Things to have in mind when designing an office for millennials

Those born between 1980 and 2000 have taken a lot of flak in recent years, and it seems the negativity has been internalised. In reality though, British millennial workers have a lot to offer. 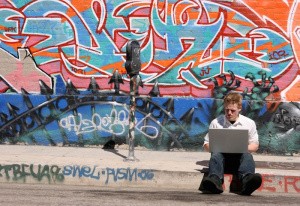