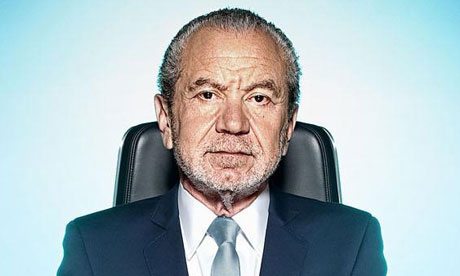 We hear a lot on the difficulties for growing SMEs to obtain finance, but there are many other challenges too – and some are a little harder to master in these economically-challenging times.

The transition from an entity entirely led and supported by some wild and woolly dervish who created it, to an entity with a management team has to be one of the hardest. Failure to do this, as I have learned to my cost, will leave you stuck on a wheel, going nowhere, working yourself into the ground.

The entrepreneurs who really know what they are doing and get there fast seem to be the ones that grasp this the quickest. They never hesitate to surround themselves with the best possible teams from an early time.

The rest of us struggle on with a motley crew of people promoted through default of long service and perhaps a couple of more inspirational new hires – but no time or knowledge to form a mind-blowing winning team.

Meanwhile, the pressure is on. We are fire-fighting various crises (that aren’t being dealt with in advance), needing to be creative (while feeling about as creative as a lump of rock), needing to be an inspirational leader (and quietly wanting to keel over with exhaustion). It’s no surprise that nothing changes.

The Apprentice (not to mention Lord Sugar himself) is regularly vilified for its representation of business. One of the many extremely good lessons that it contains is the emphasis on team work.

The earlier episodes in every series are characterised by this staggering group of prima donnas. All announce their own perfection, their own superiority; you see their frustration at others’ ideas and shortcomings, which spill over into tears and tantrums.

By the end, those left standing are transformed into charismatic leaders, who credit their teams with everything and are adored by all. It is a bit of a stretch on occasion; the conversion of Luisa Zissman to iconic leader was particularly unlikely. The message is, however, crystal clear.

There is a much subtler echoing message behind the scenes. The format has the chairman putting in these star appearances to give his orders or feedback. Lord Sugar’s style for this has attracted huge criticism in the media, not least from other business people.

His arrogance is selective, however. While we concentrate on the his put-downs and his firings (love ’em or hate ’em), he is actually a fantastic example of a leader who leads but also massively relies on the input of this team and is not afraid to say so. Not only do they oversee the tasks for him, but their opinions are a vital part of the decision-making process.

One of the many advantages of forming your team is the delegation of the work you don’t enjoy doing to others who do. In particular, creative entrepreneurs often need to urgently offload the everyday operations so as to not have the creativity totally drowned. Others may be genius front-men who are best kept well away from anything organizational.

If Lord Sugar can recognize that he needs his team, surely any growing business leader should be able to as well, relinquishing their obsession with being an everyday essential cog in every aspect.

Trickier, however, is to find our own equivalents of Claude Littner, Margaret Mountford, or Nick Hewer. The assembly of that senior leadership team is the greatest challenge of the entrepreneur and the one that will define their later success.

It is also one of the rare things that cannot be delegated – it is too central to the hub of your business’s character, its future, its definition. HR departments and employment agencies are for lower down the chain – you don’t get extraordinary people from ordinary sources.

If ever it is time to think outside the box, forming your management team is it.