Analysis conducted by the Centre for Economics and Business Research and World First has shown that just five per cent of SMEs intend to start exporting over the next half decade, despite also finding that over half of all SMEs that export experience a rise in profits.

The ramifications of this apathy toward exporting has far-reaching effects. If SMEs matched the levels of exports made by their larger counterparts, UK exports would rise by £141.3bn, an increase of 25 per cent – which would certainly go some way to helping alleviate the current government’s economic headaches.

Think Global 2016 aimed to address this directly, with representatives from the UK cabinet, active MPs and business leaders representing the likes of Google, RateSetter, Made.com, Graze and more.

Making the jump into exporting will always be a significant step-up for any business, and Think Global made no bones of this – Anthony Fletcher, CEO of Graze.com recommended testing the waters before fully committing or “launching light”. Fletcher used the example of launching Graze’s UK product unchanged in the US, keeping research and marketing costs low as they were simply replicating a business that was already thriving at home. World First’s CEO Jonathan Quin expanded upon this, adding that a critical component of a successful export strategy is the ability to react with agility and keep your efforts lean. This technique will allow you to change tact and change your approach as and when you make further discoveries in your target market.

With sterling still swimming close at the lowest trade-weighted levels in over a century and a half, the opportunity for exporters to take advantage of this pricing has rarely been better. World First’s chief economist Jeremy Cook highlighted this during his speech, emphasising the importance of maintaining an informed currency strategy in the face of volatile FX markets.

Both Mark Garnier MP and Gordon Welsh of UK Export Finance highlighted that now is the time for exporters. Garnier, under secretary of state at the Department for International Trade, added that there has never been a better, or easier time to export. “We’re not just open for business, we mean business,” he said. Welsh supported this, saying that now, more than ever before, financial support exists for SMEs looking to expand.

The over-arching message of the day was one of timeliness: there hasn’t been an environment this favourable for exporters in decades. With government support, a weak domestic currency raising the value of your overseas earnings and a digital market allowing for easy translation, payment acceptance and shipping of goods, the wind is certainly in the sails of UK businesses looking to expand across the world and think global.

The top ten skills UK businesses have recruited for in 2016 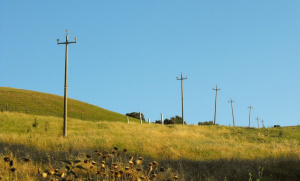