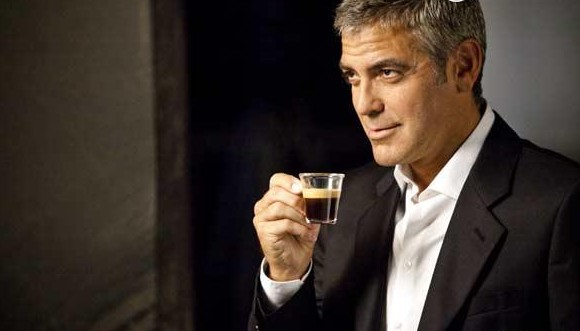 Espresso Club has been known to make adverts that spoof Nespresso’s commercials. As such, Nespresso took the company to court two years ago, only to loose the battle.

It had claimed that Clooney, who sits on Nespresso’s board, inadvertently carried the company’s brand reputation on his shoulders. The court rejected the claim, and ruled that Nespresso should pay Espresso Club $14,700 in damages to cover the cost of the lawsuit. Now, a lawyer is set to convince the Court that Espresso Clubs adverts are misleading. Its demanding that Espresso Club pay $50,000 in damages and stop airing the commercial. Espresso Club CEO Oren Tal suggested the focus of the appeal will be on Clooney, who is also a member of the board of directors at Nespresso, and on how much money he was making as a presenter.” And it was suggested that Nespresso’s legal counsel will tell the court the actor gets $40m for the brands advertisements. Tal added: In any case, this is a flagship case for Nespresso and so it will fight us to the end. I think the discussion on using doubles will reach all the way to the High Court, but its claims dont make sense, so thats why I think well win. There is a whole genre in advertising of ads that relate to and make fun of their competitors. While Tal claimed the advert was a comic advertisement,? a spokesperson for Nespresso explained the company “invests a lot into building its brand and puts an emphasis on the quality of its product and professional customer service. Thus it’s natural that it would choose to protect its assets from attempts by others to ride on its reputation, and from attempts at imitation and misleading consumers.” Take a look at these two videos for comparison and decide for yourself if you believe Nespresso should be suing Espresso Club.