New research from the New Economics Foundation found that businesses based in 4,455 railway arches about to be sold off by Network Rail contribute over £725 million to UK GDP every year.

Each business located in an arch contributes an estimated average of more than £160,000 a year. Nearly a quarter operate in manufacturing with 30% in vehicle sale and repair.

The revelations come as the four firms in the running for Network Rail’s £1.2-£1.5 billion commercial estate prepare to submit their final bids.

The Guardians of the Arches, a campaign group led by small businesses based in arches and supported by the New Economics Foundation and East End Trades Guild, is calling on the government to intervene in the sale to ensure their interests are protected.

“There are loads of enterprising small businesses based in railway arches all over the country. And when you add up all of the ways in which they contribute to the economy – not just their own activities but the local supply chains they create – it amounts to a lot,” said Sarah Arnold, researcher at the New Economics Foundation.

“But all of that dynamism is under threat. Every day we speak to small business owners who have had to shut down or relocate because of massive in-year rent increases, often leaving arches vacant for years.

“And now, with the impending sale of the estate, their future is even more uncertain. When you look at how much these arches businesses contribute to our economy, it doesn’t make any sense to put all of that at risk.”

Krissie Nicolson, director of the East End Trades Guild, added: “Railway arches have been incubators for innovation and creativity, offering desperately needed affordable space which can be tailored to suit the needs of each business.

“We urgently need to preserve these spaces for local entrepreneurs and the communities around them.” 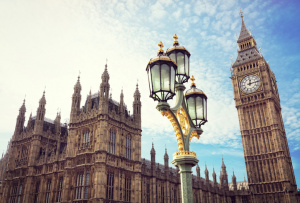 House of Lords to examine “confusion” surrounding the Bribery Act

Take a step back: Working on the business instead of in it