Ofcom’s current plans to vest the network in a separate company – but still within the BT stable under its regulatory powers under the Communications Act 2003 – has found few supporters. In this article, we review what benefits, if any, Ofcom’s plans may bring to the UK telecoms market.

In July 2016, Ofcom set out its competition concern that BT has the ability and incentive to favour its own retail business when making strategic decisions about new investments in the Openreach network. Following public consultation, Ofcom proposed o create a more independent Openreach through ‘legal separation’. To achieve this, Ofcom wants Openreach to become a wholly owned subsidiary of BT, with its own board and decision-making process. The majority of board members, including the chair, would be non-executive directors not affiliated with BT, although these non-executives would be appointed by BT in consultation with Ofcom.

Further, a new company will need to be incorporated with BT as its sole shareholder. The Openreach subsidiary will then have its own constitutional documents, which will make clear that a core purpose of the company is to act in the interests of all downstream customers equally. The Openreach directors will have duties to act accordingly.

The Openreach CEO would be appointed by and report directly to the Openreach board. There will be no direct lines of reporting from Openreach executives to BT executives, with any exceptions to be agreed with Ofcom. Openreach would have an obligation to consult formally with all downstream customers on large-scale investments. There would be a new ‘confidential’ phase where customers can discuss ideas with Openreach without this information being disclosed to BT Group.

Ofcom also requires increased regulatory compliance and monitoring, and places responsibility for both in the hands of the independent Openreach board, which can potentially delegate to a sub-committee of independent members.

‘Legal separation’ is Ofcom’s preferred route for addressing the ‘competition in the UK telecoms market’ concern because it would probably cause the least disruption to business. To minimise disruption, the parts of Openreach’s business that are not crucial to addressing Ofcom’s competition concerns can still be shared with BT, for example, its IT services, pensions and insurance policies.

The alternative approach, which Ofcom suggested it would resort to if ‘legal separation’ did not address its concerns, is ‘structural separation’, a solution which would require BT to sell off Openreach. Such a mechanism does exist under the UK competition regime in the form of market investigation powers under the Enterprise Act 2002, and have previously been used to threaten BT over the ownership of Openreach in 2005.

For ‘legal separation’ to occur, BT will have to transfer to the new Openreach company all assets that relate to Openreach’s business. This takes time and cis a complex process. Issues include what to do with assets that both BT and Openreach use, contracts may need to be renegotiated or assigned, employees will need to be transferred and financing and property matters will need to be dealt with. The process of ‘structural separation’ may incur substantial costs for both Openreach and BT.

Arguably, a separate ownership model would have been better at addressing this long-standing problem, but robust independent directors may be able to achieve a more level playing field for downstream users. It remains to be seen if the ‘legal separation’ proposed by Ofcom’s achieves the desired objectives. And as things presently stand, BT broadband and Ofcom are not agreeing on the future of Openreach.

Ofcom is preparing a notification to the European Commission under Article 8(3) of the Access Directive [Directive 2002/19/EC] seeking the Commisison’s blessing for the imposition of additional obligation upon BT ass set out above to force through greater independence for Openreach. Heavy lobbying of the European Commission by other European Telecoms operators is to be expected. Moreover, if the European Commission comes down in favour of the Ofcom proposals, it is open to BT to challenge the decision in the Courts which could further delay a final resolution. No speedy resolution is in sight. 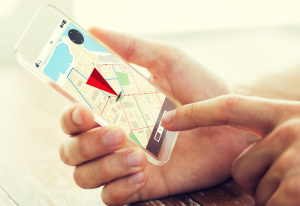