Callum Laing, CEO of Entrevo Asia says it well: “Magic has always fascinated me. As a kid, there was the sense of awe and wonder – and the desire to do the impossible. Then as an adult, even though it’s much less cool and sometimes downright cheesy, I have to sheepishly admit I’m still fascinated by it.”

Few people disagree, though many may have been queasy at the idea of the chainsaw trick as a kid.

But essentially, what makes magic so great is the actual misdirection and the preparation behind the trick. This may be the common link between magic and business.

Take UK startup Flubit for example. All you have to do is type in a product that you’re searching for, including the URL of the best price you’ve been able to find, and the engine will find the ultimate price for you almost like accio, the summoning charm in Harry Potter. All the cross-referencing between merchants and its own database is left unseen to the muggle eye.

Famous for creating better offers on products customers are ready to buy, a Flubit user typically ‘Demands’ a better offer by pasting a web link for the product they want from Amazon.co.uk. Within a few hours, Flubit creates a better price for that exact item.

In case you wanted to know, the company created a behind-the-scenes video for your viewing pleasure:

How fitting it is then, that Stephens found some inspiration for the company during his time on the filmset of Harry Potter.

Stephens started out by setting up his own website and getting involved in online radio. This later evolved into doing voiceovers and then, when in university, he got onto the set of Harry Potter as Neville Longbottom’s double.

“The amazing thing about doubling was I got to act out the majority of scenes the character is in, sometimes for doubling, but always for rehearsals, eye-lines (for other actors) or lighting setups,” he said. “The most memorable scene I doubled for was a scene with Helena Bonham Carter where I had to do the off-camera lines for her. I enjoyed it, but she probably didn’t appreciate my acting abilities quite as much.”

And the chain events that would eventually lead to Flubit’s existence found its roots during this time.

Stephens explained: “I’d love to say the on-set magic rubbed off to provide the disruptive ‘magical’ service we have at Flubit, but Harry Potter spurred my film-making, which got me producing, which meant I needed to buy stock and props… which through a series of tenuous links helped me derive the original idea for Flubit.”

The money earned from the series was also used to finance the business and the experience gained had a helping hand in his corporate outlook as well.

“During my time on Harry Potter I used the money to fund and produce my first feature film, a 16th Century Period drama based on the first English colony of America – Roanoke:The Lost Colony,” he said.

“I used the skills I learned from watching the HP crew to produce the film, and many of the doubles and close film-friends helped me do that, it was a massive team effort. Those skills helped me launch my first company (film and video production) with two colleagues. The practicalities of producing gave me a structured outlook on life. “

But responding to customer feedback and the desire for instant gratification, Flubit have introduced a new service which allows users to get an instant offer, allowing customers to receive immediate discounts on pretty much any product they want, at any time, making price comparison sites somewhat redundant.

Stephens explained the thinking behind the new addition: “There’s no obligation to buy on Flubit but we already see one in three customers purchasing the offers that we create through our current ‘Demand’ service. Instant Offer is for those customers who don’t want to wait but instead want an immediate discount on a product they were going to buy anyway.  If they like what they see they can place the order straight away or Demand and we can create then an even better offer!”

Since launching in October 2012 Flubit has already created savings of just under £3m for its users and diverted hundreds of thousands of orders to its market place of independent UK online retailers. Having raised £9m in investment, the company is focusing on building new technologies and continually improving the experience for users, as well as customer growth and increasing it’s merchant base.” 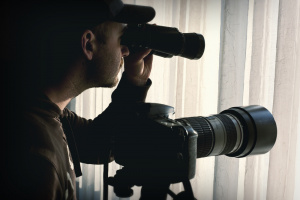 Retailers are watching you: The Big Brother-esque methods used to understand customer behaviour 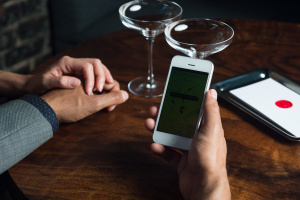