Experience, trial and error and an athletic background have taught Stapleton a lot about business. He shares with us the start of his entrepreneurial journey – and how early experiences equipped him to start New Covent Garden Soup.

I grew up on a farm in the west of Ireland and so was surrounded by food from an early age. The link between food and nature was an obvious one for me. I was also an International athlete in my youth and became interested in – long before it became fashionable – the relationship between food and diet and elite athletes’ performance.

However, I decided to study food science at university as I wanted to make sure the technical fraternity could not pull the wool over my eyes when it came to doing things differently – or at least, in a more “natural” way. This was certainly the case at New Covent Garden Soup when experts told Andrew Palmer (my co-founder) and I that “we would surely kill someone” if we didn’t sterilise our soup and put it in a can.

We wanted the soup to taste like the ingredients we used in it, not the process used to make it last for 18 months! And so, the entrepreneurial idea behind New Covent Garden Soup was born. I quickly began to understand that, as an entrepreneur, you need to have the courage of your convictions. Don’t worry about the conventional wisdom. This tends to be much more convention with not an awful lot of wisdom.

During my time as an athlete, I learned a huge amount – not only about the discipline of application, the highs of winning and the agony of losing, but also about myself and about being a role model to younger kids.

When I got injured mid-way through the Olympic year of 1984, I learned a valuable lesson in the benefit of dealing with adversity and, little did I know it at the time, this helped prepare me for later life as an entrepreneur, when adversity is almost a way of life!

My coach told me, “John, you can sit there and wallow in self-pity all summer long, or you can start focusing now on next year. The choice is yours.” This wasn’t what I wanted to hear – but it was what I needed to hear. We often underestimate the role one’s early life experiences play in forming our personality and strength of character. These characteristics equip us exceptionally well for the challenges we experience later in life.

While New Covent Garden Soup was a great adventure and a huge success, the premature demise of Glencoe Foods (my second startup) was more like a nightmare and a failure. It is tempting (and easy) to fall into “victim mode” when something goes catastrophically wrong.

It is important to recognise the failure, quickly figure out the reasons for it, but not to dwell on it. It is in dealing with the failure and looking to the future equipped with the lessons learned, that delivers a powerful benefit.

At New Covent Garden Soup, I found myself, as a predominantly left-brain logical scientist, thrown into a fast-moving entrepreneurial environment. In the early period, I found this quite a challenge. Yet once I learned how to “keep calm and trust myself” I became a lot more effective – and it was a lot easier.

Essentially, in an entrepreneurial environment, you never have time to figure out all the options or have all the answers. I believe we really are all winging it, but to be comfortable doing so. The one who wings it the best is the one who will be the most successful!

As an entrepreneur, I have made many mistakes – happily, not all were terminal! I have also observed many entrepreneurs in businesses in which I either invest or provide business growth advice to, who also make mistakes. One of the most common is believing you need to do everything yourself and you are the best person to do everything. This is OK in the early phase – in fact it is essential – as most likely, only you exist.

The mistake is thinking that because you have been successful getting your idea off the ground, that is the way to carry on growing your business. It’s not. You need to evolve your role with the growth of your business. You need to surround yourself with a team of very good individuals and manage them in a common direction. You need to do a lot less and lead and motivate a lot more. Many entrepreneurs don’t understand this until it is (almost) too late. 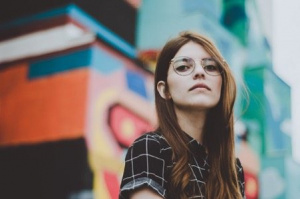 How to interact with millennials without alienating your audience