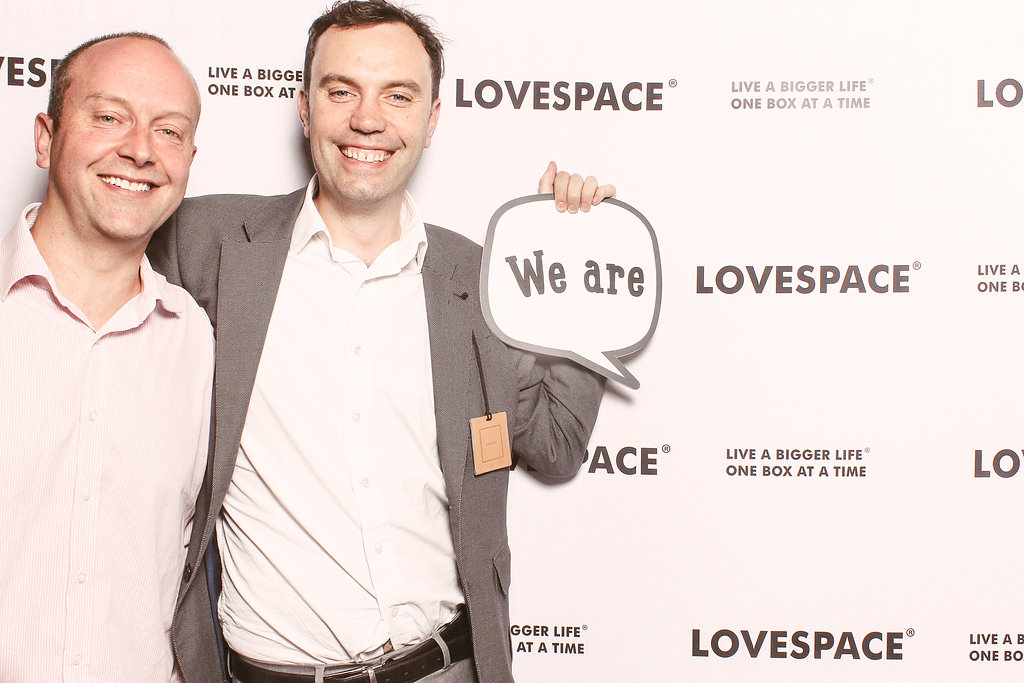 When we last spoke with LOVESPACE, a business providing a new alternative to the personal storage market, it was a five-man team led by Brett Akker – the man behind Streetcar, a car-sharing venture that was ultimately sold to Zipcar.

Alongside 49 others, LOVESPACE was part of the second Real Business Future 50 group of companies and was recognised for an approach which was likened to what Amazon did to bookshops and Ocado to supermarket shopping.

Looking back at that time, and comparing it to the position the business now finds itself in, LOVESPACE managing director Steve Folwell said: “In February we had 1,500 boxes at our warehouse, whereas at our peak in the summer we had 15,000 – and have now handled about 30,000 boxes in total.

“So that is ten time growth since the awards, and the team has also grown from five back then to 20 now. We’ve moved offices, and are about to move warehouses for the second time.”

Most interesting, however, he revealed is the £1.55m the company raised using equity crowdfunding in June. Making it the recipients of one of the largest crowdfunding raises in the UK ever, the business only started with a target of £600,000 but was massively oversubscribed.

Not only that, well known business leaders including Travelex CEO Peter Jackson and former Wiggle chief executive Humphrey Cobbled were impressed enough to put their own cash in.

Explaining the fundraise, Folwell added: “It helped us to move into our new warehouse and increase the company’s marketing firepower.”

Venture investor DN Capital also joined the crowdfunding round, a key acquisition due to the firm’s expertise in scaling businesses, Folwell added.

Getting consumers, angels and VCs interested in the crowdfunding pitch involved presenting a “really simple” investment story, he explained. “You need a team people trust to deliver, be showing traction through either customers and revenues, and it’s great if you have got people on board will to invest at the beginning.”

Looking forward to the next year, Folwell has three key things he’d like to achieve. In line with some interesting big hires soon to be announced, he wants to continue building a “brilliant team”. Folwell is also looking forward to expanding the company’s fleet and getting the new warehouse operations bedded down. On a more ambitious front, 2015 may see the business decide dip its toes into the international markets through targeted city launches.

When asked about what being a Future 50 company has done for the business, Folwell touched on the “massive” impact it has had on being able to attract talent, raise money and bring new partners on board.

“It’s not directly about customers, they want to know about the service and not awards,” he added. “But it’s really helpful in bringing in new partners, talent, investors and team members.”

And for team that is working long hours, he believes the Future 50 nod is a great way to show that others are noticing the hard work and effort.

Being a disruptive business, a key component to the Future 50, means focusing on what customers need and want, Folwell said. He explained that people expect ever more to get things on demand, so keeping pace with them in terms of time slots and multi-platform communications is central to LOVESPACE.

For those who have not been exposed to LOVESPACE, 2015 may be the year it becomes more visible. Having dabbled with different marketing platforms such as digital display and flyers, Folwell and the team are considering moving into TV and radio during the next 12 months or so.

Folwell will also be taking up a role as judge for the latest Real Business Future 50 roll call, and is excited about the varied backgrounds he’ll be exposed to. “One of the things I’m excited about is seeing how diverse backgrounds and motivations are.”

If any of our new Future 50 companies have as successful a year as LOVESPACE has just completed we’re in for some even more inspirational stories next year.

Is yours a disruptive early-stage business?

Nominations are open for the Everline Future 50 of 2014. If you’re a young company making waves in your industry, we want to hear from you.

The Future 50 was created by Real Business in 2011, and is supported by the disruptive digital business, Everline. The full 50 will be unveiled at a spectacular party at LSO St Luke’s on March 4th 2015, and all companies will be profiled in a special edition of Real Business.

See highlights from the 2014 night and nominate your business here before November 28th.