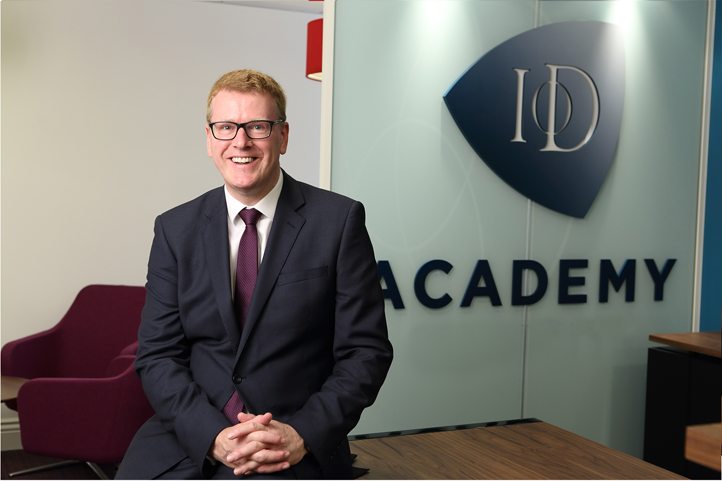 Share via
First established in 1903 by 23 business leaders, the IoD has grown into an organisation boasting 30,000 global?members. Alongside other well-known membership bodies such as the Confederation of British Industry (CBI), Federation of Small Businesses (FSB) and British Chambers of Commerce (BCC), it provides a forum for business leaders to share and learn from others. However, while many of these organisations have long been associated with smokey wood-panelled rooms and members of a slightly older demographic, new IoD director general Stephen Martin has ambitions to shed this cloak and produce an offering engaging with every kind of business demographic.

The IoD in numbers

Martin has moved through many high-profile CEO roles, the latest of which involved heavy engineering business Clugston a Scunthorpe-based business which had a turnover of more than £150m. Another interesting addition to the Belfast-born businessman’s CV is an appearance on Channel 4’s ?Undercover Boss?. Martin was the first person to appear on the show, which sees a boss disguise themselves and go undercover on the “shop floor” to see how their company really operates. Despite his appearance on the show in 2008 coinciding with the surfacing of the financial crisis, Martin believed more could be gained than lost by signing up. It was here he developed an appreciation for the inner workings of a growing business, something he was then able to share with his peer group. As a member of the IoD for 16 years, Martin was first introduced to the membership body by a former boss in his rail industry days. For the last four years he has been a fellow, a period which came after the business leader was?named East Midlands Director of the Year by the IoD in 2013. Looking back on how the IoD has evolved in his 16 years of membership, Martin touched on the change experienced by most membership organisations during that period. It has had to be more interactive, embracing digital. The IoD has changed its offering quite dramatically, with the last few years seeing more than the last 100,” he commented.

Alongside different membership options for varying demographics, the IoD has looked to jettison the stuffy and elitist perception membership bodies of its kind can have ditching formal dress requirements. No longer is a shirt and tie required for entry into its iconic Grade 1-listed Pall Mall location, making the buildingA more popular destination for women and younger entrepreneurs. In looking to attract the next generation of members, IoD 99 was launched in 2014. Since then, a new group of business leaders under 40, who set up their company less than five years ago and turn over less than £3m a year, have been brought together. Costing less than a traditional IoD membership, there are also incentives for referrals and a greater emphasis on mentorship and support networks. “The key to success [for membership organisations] is bringing lots of younger people in,” Martin explained. It’s then about retaining and supporting them. The danger for some organisations is that the age profile gets older and some people can find it austere.

“People may have outdated view of IoD, but we are changing and adapting.”

When asked if there had been any grumbling from older, more long-standing members, Martin said it is all about trying to achieve a balance so you don’t alienate those people. A new fixture in the at the IoD’s Pall Mall site is its newly-built Director Training Academy, which opened its doors at the start of September following a £1.4m investment. Created to provide a dedicated director training facility in central London, it is accessible to both members and those who”haven?t joined the IoD. Covering themes such as finance, governance, risk management and leadership, Martin believes the academy is a prime example of how reactive the IoD has been to the business community’s demands. It is training for directors, by directors,” he said. We get real-life business leaders who are running their own companies. In embracing digital, the IoD has created an array of online resources to both compliment the training provided in the academy and add to what is provided as part of a membership. Apps, online video and networking facilitation is made easier through an online forum, the membership organisation believes. But, in an area where the goalposts are constantly moving and keeping business owners on their toes, how does the IoD stay current with its syllabus” ?We constantly change and review it, and are in the middle of one of the biggest updates ever,” Martin added. ?We have directors who are running companies themselves doing the training, so they have the requisite skills. Something like an MBA is much more theoretical, having someone teaching who is working day-to-day brings with it current topics such as ongoing corporate governance.

The IoD approach to training

Away from the courses provided by the Director Training Academy, the IoD continues to serve as a mouthpiece for businesses around the UK. Particularly around major political events such as general elections, referendums and Budget announcements, the IoD joins other bodies such as the FSB and CBI in crystallising the thoughts of entrepreneurs around the country. The IoD has 3,000 members in its Policy Voice community, ensuring the business voice is heard within government. Martin recently joined the government’s business advisory group, which has a distinct focus on Brexit, alongside other membership organisation peers. They meet fortnightly with business secretary Greg Clark and Brexit secretary David Davis once a fortnight to put thoughts forward. Speaking candidly, Martin believes the government has never been so receptive to insight from organisations like the IoD as it has since the general election in June. The key issues that are continually raised include skills, recruitment and immigration. However, something less talked about, but equally important, is automation and the impact it will have, Martin believes. “Members are also concerned about the rise in business rates, particular small companies on the high street. Another big one which I consistently get told is infrastructure, and the investment we need both physically and digitally. The marrying of physical and digital is an issue Martin seems to be firmly on top of during his first year as IoD director general. He is aware that young entrepreneurs building tomorrow’s leading businesses want resources at their fingertips and in a variety of formats. What?outwardly appears to be a business membership body steeped in heritage and defined by it’s past members may just be creating a future that protects it for another 114 years.