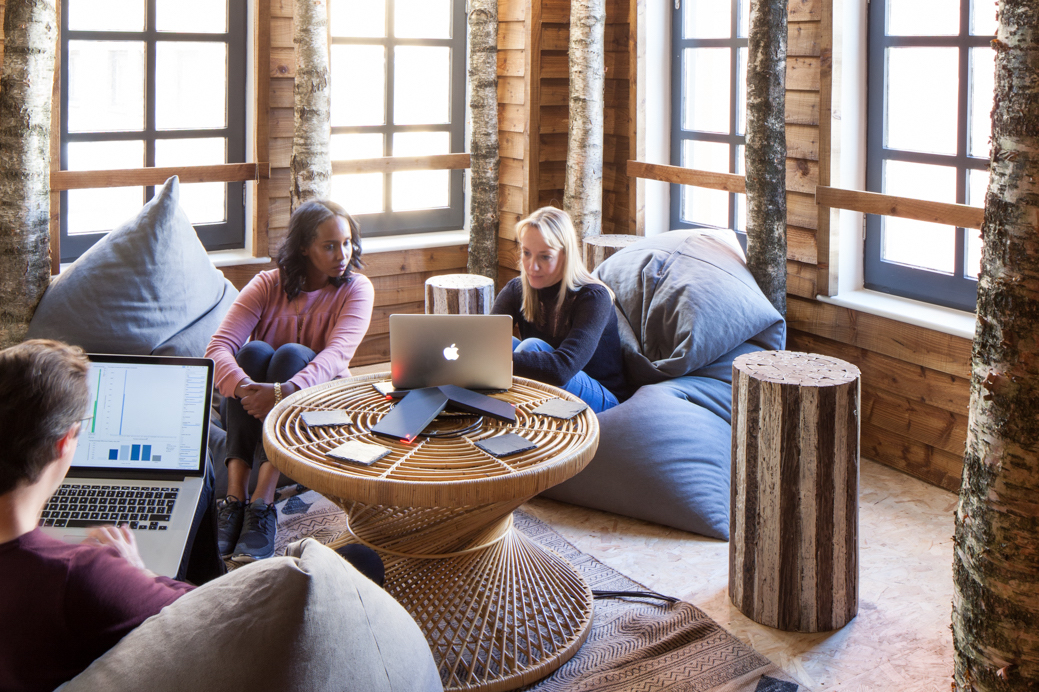 Share via
A 45,000 sq ft site near Tower Bridge has been revealed as the new Zoopla office, and features a swimming pool, wine cellar and treehouse for its 500 staff. With technology businesses having to compete on a level never previously seen to attract and retain the best staff, the new Zoopla office is described as a “home away from home” for its 500 London-based staff. Located at The Cooperage, Zoopla, an online property platform, said it endeavoured to create a space that was a “distinct departure from typical office environments”. The 500 staff relocating will be able to make the most of a media room, conservatory, library and numerous breakout spaces. Since setting up the business in 2008, founder Alex Chesterman has built Zoopla up into a position where it has 50m people visiting its site each month and generates four million enquiries for partners over the same period. The business is a former Amazon Growing Business Awards winner, a programme run by Real Business, and listed on the London Stock Exchange in June 2014. It is competing in the online property space with the likes of Rightmove and OnTheMarket.com.

Behind the scenes tour: Exploring the magic of a US toy inventor’s workshop

Commenting on the relocation to a new office, Chesterman said: “This move marks another exciting chapter in our journey and it is great to have all our London-based staff under one roof. Our team are dedicated to helping consumers find, move and manage their homes and helping be the most effective partner for related businesses, so it is great to have the opportunity to create a ‘home away from home’ for them.” As well as acquiring Property Software Group for £75m in April, one of a number of purchases Zoopla has made to accelerate growth, the business also invested £1m into four up-and-coming property technology startups at the turn of the year. Zoopla’s most recent trading report, released in May, revealed a “strong period of growth” in the six months ending 31 March 2016 – with revenues up 130 per cent to £96.4m and adjusted EBITDA up 89 per cent to £40.5m, following the inclusion of six months of trading from its Comparison Services division.