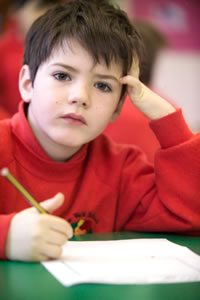 Mission: Kick-start a new generation of independent schools Parents suffer sleepless nights trying to get their children into their school of choice. The alternative, going private, is too expensive for many. The New Model School Company (NMS) offers a third path. The New Model School offers all the benefits of private education, such as the emphasis on discipline, sports, small class sizes and rigorous academic standards, but without the crippling costs. The NMS openly declares it won’t get into an arms-race with rivals over facilities, so on-location gymkhanas and swimming pools have been forgone. Parents also know they are getting value for money as NMS is a not-for-profit venture, unlike the profit-making Cognita chain of schools. As a result, fees at the three NMS establishments are around £6,000, half the rate for comparable London schools. Co-founder Robert Whelan says the NMS has two aims: to provide education based on the principles its founders believe in, and to prove that opening new schools is plausible. “There is a uniformity in the state sector, and to a degree, the independent sector. There isn’t enough innovation. We believe in schools being run by different people, with different approaches. We don’t mind by who.” The NMS, he says, will encourage others to follow the same path. “The reason we are called the New Model School Company is because we want to provide a model for other groups who wish to start schools. We are happy to talk to parents or charities or religious organisations who wish to start their own schools, but are dissuaded by the burden of bureaucracy.”  Read the full feature on social entrepreneurs:   Read our profiles of the other new social entrepreneurs: One Water Holts Academy Shiply Unpackaged Media for Development Bikeworks Brighter Future Workshop JustGiving Women Like Us Pants to Poverty Spruce Carpets