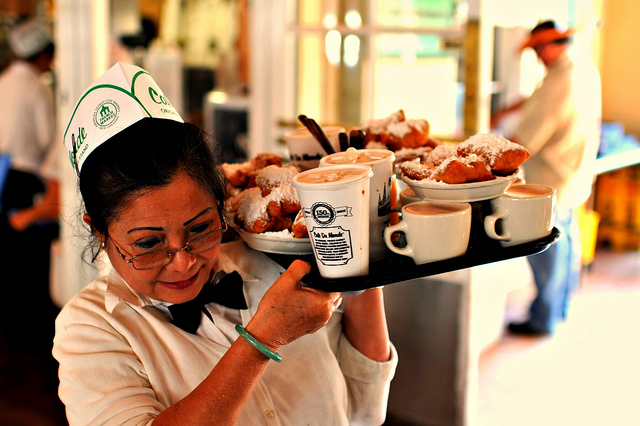 British manufacturers are still heading along the right path: new orders are up, bolstered by domestic demand and more people are getting work in factories across the UK, according to the latest CBI ‘Quarterly Industrial Trends Survey‘.

The report explains that “manufacturing output rose at a similar pace to the previous quarter and it was notable that costs and prices fell, with unit costs edging down for the first time in over twelve years. Average domestic price deflation is at its fastest rate since 2010.” Meanwhile, numbers employed in the manufacturing sector have continued to grow at a solid pace. And while many firms anticipate ail off in three months time, domestic orders are set to continue rising and output is expected to continue growing modestly. In fact, respondents reported a record high (since October 1999) rise in competitiveness within the UK. But exporting isn’t the only thing that could potentially drag manufacturers down. Access to skilled labour and capacity constraints remain key factors that could likely limit output in the next quarter. And significantly more respondents expect price competition to limit export orders. Firms do, however, remain more optimistic about the general business situation than three months ago. Looking to the year ahead, manufacturers’ plans for investment in plant and machinery have strengthened (+16 per cent), while plans for spending on product and process innovation (+27 per cent) and training/retraining (+32 per cent) remain robust. Rain Newton-Smith, CBI director of economics, said: ?Exports have grown modestly, but there is a feeling that we will not see a repeat in the next quarter, especially with the Eurozone still treading water and battling deflation. ?Falling oil prices should be positive for the UK economy overall, benefitting households and lowering costs for firms, although North Sea oil producers are being hit. With overall cost pressures contained as a result, it’s no surprise to see average domestic prices in the manufacturing sector falling at the fastest rate for five years.? By Shan? Schutte Image source