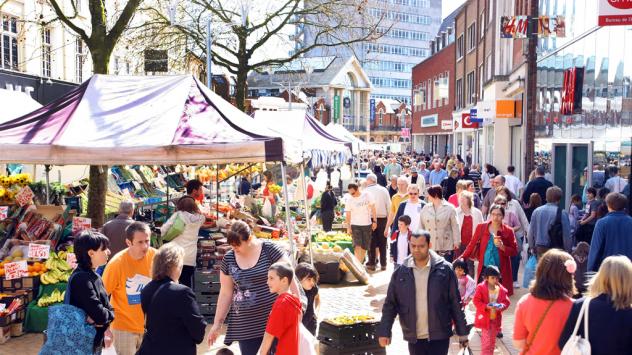 The new system, being introduced in April 2015, aims to remove burdens from traders operating in market places up and down the country whilst making sure the system is compliant with EU law. The idea is to help small traders and retailers – including many young entrepreneurs – to expand and grow.

“Street trading stalls are an important part of British culture and offer a great place to shop. We want a system that is fair for everyone who wants to sell and buy goods,” says Consumer Affairs Minister Jo Swinson. There are approximately 4,000 so-called pedlars across the UK, who trade on foot, moving around to customers, carrying their goods. Pedlars are usually sole traders, often selling small items, while licensed street traders are generally static traders operating from a specific location such as a stall. Ministers say that the changes will ensure that consumers can have confidence that pedlars will have the same checks no matter where they trade.  This will include a check of the Police National Database to see whether the applicant has a criminal record or is suspected of having links with criminal activities. The reforms will also remove a requirement for traders to prove that they have lived in an area they wish to trade in for at least one month – this was not compliant with European law and restricted enterprise unnecessarily, adds Swinson. The planned changes are part of the government’s “Red Tape Challenge”, which invited the public and private sectors to give their views on what regulations should stay, be improved or scrapped altogether.