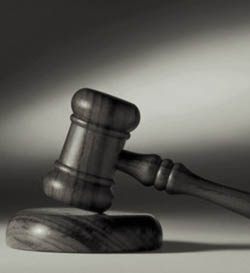 The most significant change for employers is that the qualifying period that employees need to bring unfair dismissals is increased for employees starting on or after April 6, 2012 from one year to two years. Whether this will encourage recruitment, as the government believes, is unclear – but it will certainly be helpful to employers looking to dismiss a particular employee in the second year of service, or to make redundancies without the need for consultations. However, this may simply encourage employees to switch claims from “straight” unfair dismissal to discrimination or whistleblowing, for which there remains no qualifying period.

As well as this change in employee rights, there have been a number of changes in tribunal procedure.  Here are the major changes, and what they mean for employers:

Requiring a party to deposit some cash with the tribunal where it has little prospect of success – are not new, but the maximum deposit sum is raised from ?500 to ?1,000. If the claim fails, the deposit is not refunded. The procedure is little used at present but, by increasing the amount, the government hopes to encourage their use.

Currently paid by the tribunal – will now be paid by the party calling the witness. Costs: There is also an increase in the amount of costs that a tribunal can award from ?10,000 to ?20,000.

Unfair dismissal claims can now be heard by a judge alone, rather than a judge and two lay members, saving the government some money. The involvement of the lay members was always seen as a crucial part of the make-up of employment; formerly, industrial tribunals. Overall these changes favour the employer by removing rights from the employee and increasing the actual or potential costs for both parties, which the employer will usually be able to bear more easily. But it’s not all good news for employers. Further changes are in consultation, the principle of which is a proposal for financial penalties on employers found to have breached an individual’s rights to encourage compliance. The money will be paid to the government and will be subject to a likely maximum of ?5,000. This is certainly not employer-friendly and is likely to result in earlier – and higher – settlements to avoid the penalty. Alexander Kleanthous is a solicitor and consultant with Gannons Law LLP and specialises in employment law.