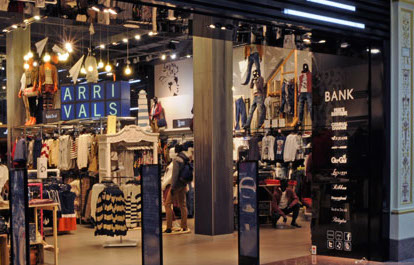 The business, sold by sports brand JD Sports to turnaround retail investor Hilco in November, is based in Lancashire and has presence in the Midlands, North of England and Scotland.

According to a statement, no redundancies have been made at this stage but it’s 84 store estate could face closure if a suitable buyer is not found in time. Explaining the current situation, Bill Dawson, joint administrator and partner in Deloitte’s Restructuring Services practice, said: “The company has already been approached by several parties who have expressed an interest in the business and the administrators are trading as a going concern with a view to progressing these options and seeking further interested parties for some or all of the business.” Bank dates back to 1994 when it was established by former Macclesfield Town footballer Andy Scott to provide branded fashion products for a younger clientele. However, having been loss-making for a number of years and in the red to the amount of £8.4m for the year to date February 1 2014, Bank could become the latest in a long line of high street casualties including Phones 4U and La Senza – as profiled in a recent Real Business feature. Read more about the UK high street: Dawson commented: “Bank has struggled in a highly-competitive segment of the retail industry and has been loss-making for a number of years. “A review of the business has determined that a solvent turnaround would not be possible and so its director has sought the appointment to joint administrators.” Dawson added that all stores will remain open and that staff are paid up to date. Furthermore, additional sales discounts will be applied during the next week. When JD Sports sold Bank to Hilco in November for an undisclosed amount, it was hoped the support of a dedicated restructuring specialist would mean the business might be able to work through financial issues. Speaking then, JD Sports executive chairman Peter Cowgirl said: “We have decided that we must priorities future investment in Sports facias and consequently we believe that the sale of Bank is in the best interests of the group.” Hilco recently oversaw the successful turnaround of entertainment retailer HMV, which has reduced its high street foot print but hopes to soon rival Amazon for music sales. By Hunter Ruthven