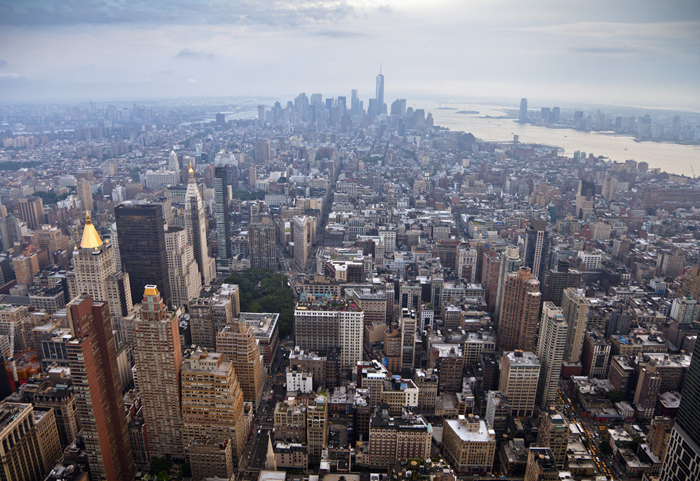 Share via
One of the big issues holding?business builders back from exporting and launching in new markets is the time spend on the road, out of the office, in unfamiliar and challenging environments. There?s the cost for business travellers, a need to build a fresh network and risk associated with different taxes, trading laws and employment rights. However, modern day business travel means cities such as New York are both accessible and affordable to dip a toe into ? allowing interested entrepreneurs to see whether there might be demand for their product or service. New York is a city of commerce, one driven by particularly strong industries such as fashion, financial services and retail. It?s metropolitan population of around 8.5m people means there is wide range of consumers and buyers located in a 300 square mile space. Real Business used a recent break to the Big Apple to explore what options there are for a short business trip, services that might make it less of a major financial undertaking. First off is air travel, a cost that is often hard to nail down due to its fluctuation at different times of the week, month and year. We used Norwegian, Europe?s third-largest low-cost airline that currently flies from four UK airports to seven US cities. Norwegian operates two flights a day from Gatwick to New York from ?149 for a single journey, with extras such as checked baggage or a meal optional extras. Business travellers these days need to rely on a regular and reliable service for flights of this duration, allowing them to journey as efficiently as possible. Norwegian recently announced its investment in the new Boeing 737 MAX, a plane that flies longer distances using less fuel ? so expect prices to keep going in one direction. 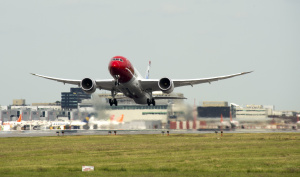 In the summer of 2017, Norwegian will expand its US flights by 55 per cent to offer 34 direct flights per week from Gatwick. This includes double daily services to New York and a daily service to Los Angeles. Norwegian’s Premium service gives you fast track, 46 inches of legroom, two checked bags, a three-course dinner and a touch screen entertainment system. But what about making the process of flying across the Atlantic as pleasant as possible? While airlines like Norwegian provide a way of stripping back excessive flying costs, business travellers do still like a little luxury and comfort. When Real Business arrived at Gatwick, we checked in at the No1 Lounges South Terminal site. For ?30 per person, the lounge provides an amazing view of the runway as well as complimentary hot and cold food (alcohol included), free WiFi, magazines/newspapers and a quiet library area. 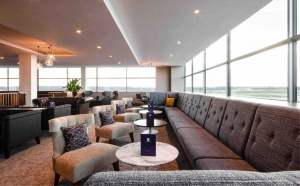 With airline check-in required earlier for transatlantic flights, No1 Lounges provides a way for business travellers to escape the chaos of duty free and catch up on some work in peace and quiet. Those leaving from Heathrow can also make the most of its pod bedroom service, from ?20/hour. Arriving at New York?s JFK airport means a short journey to four of New York?s five boroughs ? Brooklyn, Manhattan, Queens and Staten Island. The city?s expansive subway system makes travelling quick and simple, backed up by its famous yellow cabs and the increasingly popular Uber service. Real Business decided to stay in West Brooklyn, an area which provides access Midtown Manhattan in only 20 minutes. The cost of hotels in downtown New York can mean a weekend stay produces a bill of more than ?500 for a two-night weekend stay. Embracing the sharing economy, we found a Brooklyn apartment on Airbnb. The clean and airy loft-style property provided a slice of Brooklyn living as well as being a great location to quickly get into Manhattan. Airbnb provides a wide variety of apartments, houses and room rentals in the New York area, many with instant booking options and an opportunity to have your own work and living space during a short stay. Hotels can often feel repetitive and un-personal, so why not give Airbnb a try next trip. The platform also has a fairly new business travel offering,?meaning you can stay?with hosts who have upgraded their services and amenities to welcome business travellers.

Getting down to business

Whether it?s shops on the Upper East side or New York?s Silicon Alley are your most important areas during a trip, business travellers in the city have the ability to cover a lot in a short space of time due to its density. As we found out on a previous trip to New York, US buyers will only really want to deal with a British business if it has a US bank account and has product stored in a US warehouse. However, organisations such as the Department for International Trade (formerly UKTI until July 2016) and the British Chambers of Commerce offer on the ground assistance. DTI in the US consists of 130 people in nine offices, including cities such as Boston, Miami, San Francisco and Houston. In 2015, DTI helped some 4,000 UK companies in the US. With the help of agencies such as DTI, business travellers to New York are able to get a lay of the land ? understanding factors such as pricing, packaging and various other rules. In an interview with former DTI country director Martin Cook, he told Real Business that US companies like doing business with UK business owners because of an honest, straightforward and creative perception ? but Britain as a whole needs to do a better job of telling that. ?Some still see us as just the UK they see in tourist trips,? he added. ?That will get you in the door, but it won?t keep you there. You need the right product and sales pitch, knowing how to deliver it.? Once business is concluded, there will always be a few hours to enjoy being a tourist in a new city. The CityPass is a great way of bundling the cost of some iconic New York sights, such as the Empire State Building, Statue of Liberty and 9/11 Memorial and Museum. For $116 (?95), business travellers can visit up to six landmarks ? often skipping the big queues at each. In our increasingly borderless world, entrepreneurs cannot afford to keep trade within their own national shores. New markets are more accessible than ever for interested business travellers, with disruptive services such as Norwegian and Airbnb changing the way we do commerce in other countries. Make sure 2017 is the year you try somewhere new.