I remember meeting Rupert Murdoch in the very early nineties when he was doing the rounds of the City looking for money to alleviate his then highly indebted empire. It was like having a caged leopard in the room.

The idea that he had to be there to give an account of himself to others made him spit and snarl. We concluded that indeed he was a brilliant entrepreneur but we would stand no chance, as non family investors, of ever having any hold on him if things started to go wrong.

The way an entity conducts itself is down to its state of mind and that comes straight from the top. When employees at News of the World hacked into thousands of citizens’ phones, they were carrying on a long tradition that stretches back to the murder of Thomas a Becket by four Knights who thought they were doing the King’s bidding. As with Becket’s assassins, I would argue that a culture of “the end justifies the means” has grown up in the Murdoch organisation.

You can’t teach integrity, either the leader has it or he/she doesn’t. No amount of stuffing boards with the so-called great and the good, or waving corporate governance manuals about, is going to change the spots on the leopard.

The Murdoch odyssey can provide a useful lesson for all of us weighing up whether to invest in company X or do business with company Y. Is the company in question operated by a driven individual (hopefully yes) and, if so, is it run with integrity?

Remember: words are not enough. Here are some from News Corp’s Mission Statement:

“We never give or take kickbacks or bribes”

“We are committed to fostering a high-trust work environment for our employees”. 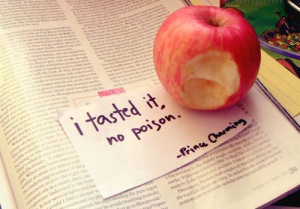 Fairy tales that your business needs to read

Matthew Riley: Why The Apprentice is good for British enterprise