Halstead started Reading-based DataSift in 2007 – it is one of only two companies that are globally licensed to re-sell Twitter’s firehose of data (the other one being Gnip). Up until yesterday, the company had been entirely bootstrapped.

In an interview with The Wall Street Journal, Halstead says that despite being a “huge advocate for Europe” (and spending two months pitching to European VCs), he was forced across the pond to find investment.

“They are not trying to kill you on terms, they are not trying to tie you in ropes on this or that. The European approach is very much a lightweight term sheet and then nail you to the ground on the legal stuff. American VCs know that if they put everything in place to make the entrepreneur’s life easier, he or she will go on to run a great business.”

They have larger funds:

“It is almost as if a Europe series A round is a US series B round.”

“In the US, companies don’t have to have revenue [to get funding]. There are plenty of companies in the US that are doing $3-4m funding rounds that won’t have generated revenue, but what they will have is a lot of traction. In the US, they will ask: ‘Have you got lots of users using your product? If you have them then we will work out your business model’. All the European ones spent a long time looking at our financials and wanted to look at three to five-year projections.”

It’s shame the European VCs are missing out on potentially lucrative deals (Halstead makes no apology for wanting to turn DataSift into a billion-dollar company).

Come on guys, tell us why you let the Americans get their hands on this company. 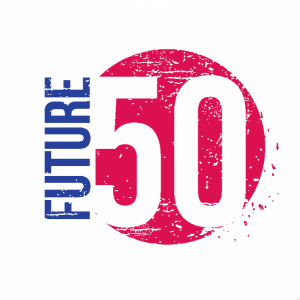 Future 50: The search for start-ups continues