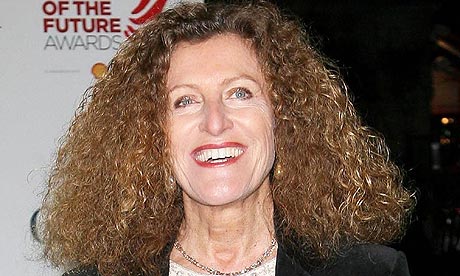 The decision ends more than 30 years of collaboration between French Connection founder Stephen Marks and French fashion designer Farhi. ?I have a relationship with Nicole going back over 30 years and it will remain as strong as ever. She?s pleased we have found someone with a passion to move the company forward,? comments Marks.

The pair have one daughter together, Candice. They ended their personal relationship at the end of the eighties (Farhi is now married to the playwright Sir David Hare) but have remained good friends. She has always credited Marks with kick-starting her UK fashion career. When she picked up the Lifetime Achievement gong at the Real Business/CBI First Women Awards in 2008, she said: ?Anything I have achieved is because of Stephen. Few young designers today have the financial and moral support that I was lucky enough to receive.? Farhi will stay on as creative director at the eponymous brand under its new owners. As well as selling off the struggling subsidiary, which last year lost ?5.6m on sales of ?21.7m, Marks will be closing down 18 French Connection stores in the US as part of an overhaul to revive the company’s fortunes.