A “historic” 24-hour night tube service was touted by Transport for London and mayor Boris Johnson in September 2014. They promised it would support 2,000 permanent jobs and a generate £360m boon for the UK’s economy.

The aim was to launch on 12 September 2015, providing more convenient transport in and out of London. It would have been ahead of the Rugby World Cup kicking off on 18 September, effectively supporting local tourism and business.

“As well as creating vital new jobs and giving a huge boost to our economy, the Night Tube will help millions of people to get around our city more easily and quickly. The evolution of the Night Tube will without doubt make London an even better place to live, work, visit and invest,” said Johnson.

Of course, this was not to be, as protests and strikes commenced, with workers refusing to accept the conditions on offer.

Some six months later, after much strain and debate, RMT has confirmed a majority 84 per cent agreement from members on the pay and terms proposed by the London Underground so the night tube may go ahead.

Mick Cash, general secretary, RMT, said: “I want to pay tribute to RMT’s members across London Underground who have stood rock solid throughout the long campaign of industrial pressure to secure a fair deal from the company over pay and night tube operation.

“Those members have now voted to accept the most recent offer from the company – an offer that was only made after the hard work by union reps in the negotiations backed up by the loyalty, determination and militancy of the workforce right across the tube network.”

Read more on the tube strikes:

The long-awaited agreement will do little to win over those inconvenienced by the stream of walkouts by TfL staff last year, however.

Charlie Mullins slammed the behaviour, having said: Are we supposed to be happy about this and thank them for not dumping our lives and businesses onto the dung heap? I for one refuse to grant these union dinosaurs any good will whatsoever.”

Elsewhere, Jan Cavelle added: “The unions, which each have an aim to more incite than unite, are proving effective with calls to picket lines. And the rest of us will suffer – make no doubt about it – be it our businesses from the tube disruption, and therefore our ability to make funds for our own staff members.”

Take a look into the minds of London’s commuters to find out how they cope with the chaos of the Underground and tube woes. 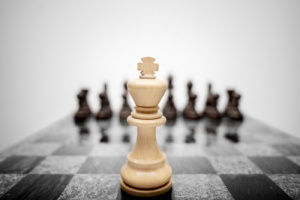 What makes a creative leader so effective 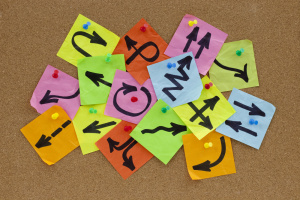 Why you should learn how to ignore things