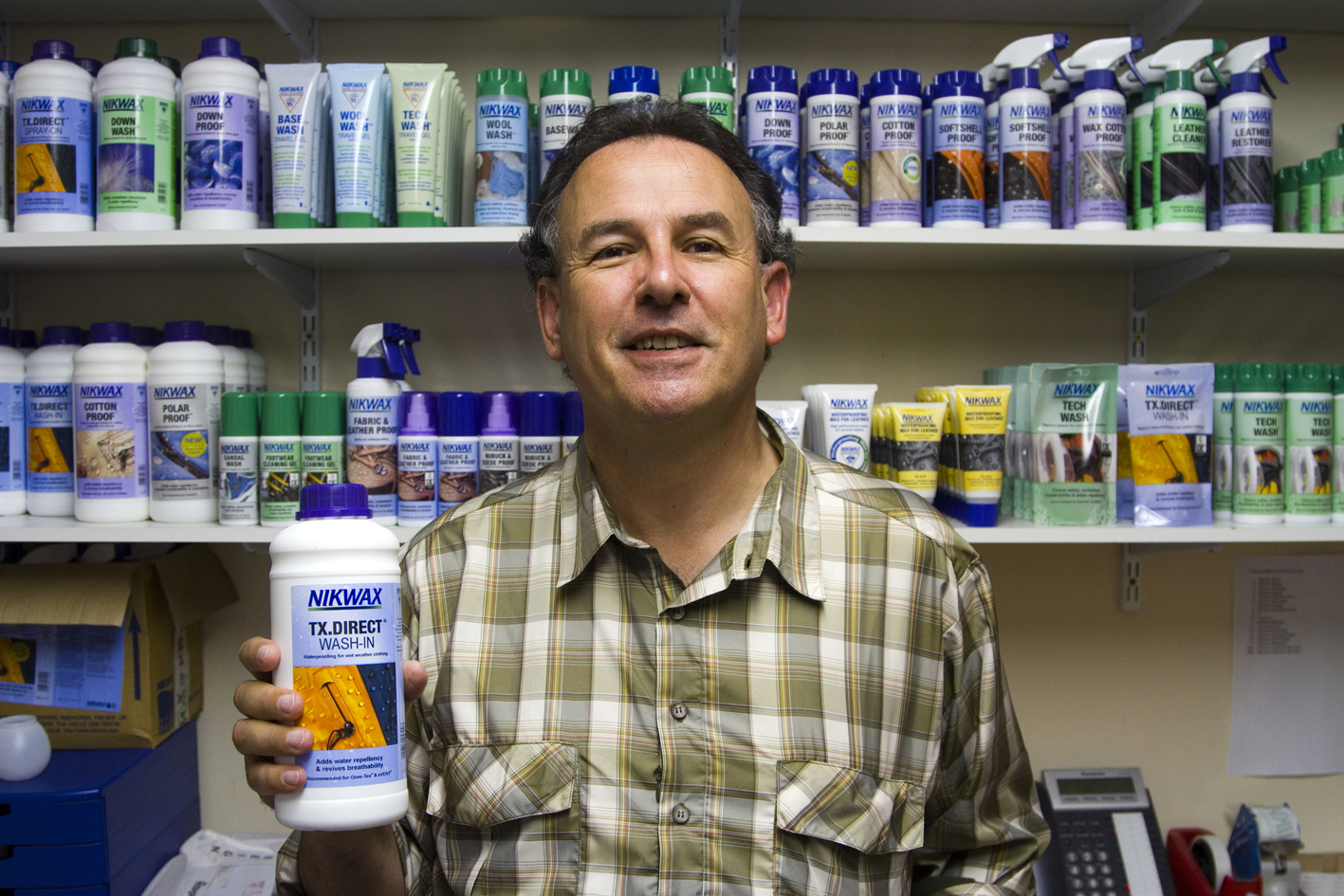 Now the company, which makes environmentally friendly waterproofing products, employs more than 100 people, turns over almost £10m in 2013-13 and exports to more than 50 countries.

It has also just scooped its 4th Queen’s Award for Enterprise, in this case in the category of sustainable development. This stems from its decision to manufacture all of its products without using harmful PFC chemicals, despite the fact that this was a popular method when the decision was taken. Brown says: “At the time it seemed like a slightly crazy business decision because that’s the direction everybody was going in. But now 14 years later we find ourselves in a position of being quite unique in our marketplace.” He says it wasn’t a decision he made for business reasons, but because of the health risks. “What I thought was, we sell millions of units of chemicals to people and so on the scale of things once we understood what I thought were the potential risks with PFCs, I didn’t want to take the risk with my customer base.” Brown says taking the decision was one of the luxuries of running his own business – he is still by far the majority share holder. “I think what’s been good is being able to make some kind of a living and make a living for quite a lot of other people, but also trying to achieve some other things for society and the environment,” he says. “It’s a privilege to be able to make choices sometimes in terms of being in a situation of not working for yourself – except occasionally feeling like you work for the bank.” Brown says one of the biggest growing pains for a business is making sure your staff keep up. “Of the people who were first working with me, very few are left because the requirements of being in a larger business are so different,” he says. “The smaller the business, the more you need to multitask, the larger the business, the more you’re expected to become a specialist and concentrate on doing one thing very well. “From a practical point of view, the difficulty is always going to be dealing with people who cannot adapt to the next stage. I think that’s probably what knocks a lot of people out to be honest. “The only way of dealing with it is to bring somebody in from the outside because things have to be looked at in a fresh way.” Nikwax isn’t just a manufacturer – Brown describes the company as “crazily vertical.” “We go all the way from having a laboratory with people experimenting with chemicals to having a sales team directly going out and selling all over the world,” he says. Exports make up 70 per cent Nikwax’s sales, with large volumes going across the world, including western, central and northern Europe, the USA and even Japan and South Africa. Brown says this was a deliberate strategy, both for economic and geographic reasons, as its products are climate sensitive.  “If we were totally dependant on the UK we would have had some really bad times,” he says. “Probably the worst time of all would have been when there was foot and mouth disease. We sell a lot to people who go walking but all of the footpaths were closed. Had we not been in the situation of being an exporter that would have closed us down.” In the future Nikwax plans to grow through a mixture of exports and new customers. Brown says that although they produce consumer products, their chemistry is drawing in interest from industrial users, which has the potential to be a massice growth opportunity.