Here are the ten most incriminating comments from Stephen Elop’s memo:

1. “We are standing on a burning platform… We have more than one explosion – we have multiple points of scorching heat that are fuelling a blazing fire around us.”

2. “There is intense heat coming from our competitors [he goes on to mention Android, Apple and the low-end manufacturers].”

3. “What happened at Nokia? We fell behind, we missed big trends, and we lost time.”

4. “We thought we were making the right decisions; but, with the benefit of hindsight, we now find ourselves years behind.”

5. “The first iPhone shipped in 2007, and we still don’t have a product that is close to their experience.”

6. “We have some brilliant sources of innovation inside Nokia, but we are not bringing it to market fast enough.”

7. “Symbian has proven to be non-competitive in leading markets like North America.”

9. “On Tuesday, Standard & Poor’s informed that they will put our A long term and A-1 short term ratings on negative credit watch… Why are these credit agencies contemplating these changes? Because they are concerned about our competitiveness.”

10. “I believe at least some of it has been due to our attitude inside Nokia. We poured gasoline on our own burning platform. I believe we have lacked accountability and leadership to align and direct the company through these disruptive times.”

It’s a startlingly honest admission from Elop that the telecoms giant has become a casualty of the smartphone wars.

One analyst from TechMarketView described the faux pas as a “Ratner moment”.

Back in 1991, at a speech at the Institute of Directors, Gerald Ratner said of his business (Ratners Group): “We also do cut-glass sherry decanters complete with six glasses on a silver-plated tray that your butler can serve you drinks on, all for £4.95. People say, ‘How can you sell this for such a low price?’, I say, ‘Because it’s totally crap’.” And look at what happened there: the value of the Ratners’ group plummeted by around £500m, which very nearly resulted in the firm’s collapse.

The saving grace is that this particular memo is a prelude to the company announcing a radical strategy change. Elop says that Nokia is on a “burning platform” but he also acknowledges that it’s time for the company to change its behaviour: “We are working on a path forward – a path to rebuild our market leadership. When we share the new strategy on February 11, it will be a huge effort to transform our company.”

All eyes will now be watching Elop to see how he revitalises the business. 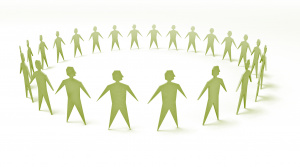 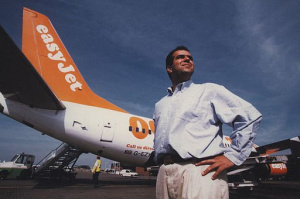