It may over 5,000 miles away, but San Francisco and the surrounding Silicon Valley has quite the allure for ambitious entrepreneurs and the fast-growth businesses they’re trying to cultivate.

Recognising that, Norwegian announced it would begin flying to the Bay Area in May 2016 – connecting two of the most active and interesting business markets in the world.

Wanting to find out more, Real Business took up the opportunity to sample the Norwegian Premium experience as it flew holiday makers and fellow business travellers across the Atlantic. 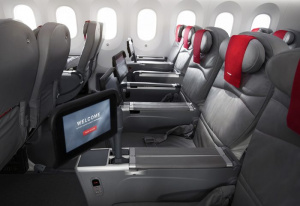 The Norwegian Premium offering sits somewhere between what frequent flyers will see as traditional economy and business class travel. With seats offering deep reclining and 1.16m of legroom, the state-of-the-art touch screen entertainment system and other mod-cons make it feel more like the latter.

Flying out of Gatwick’s South Terminal, a Premium ticket, starting from £714 return, gives you your own lane at check in and then speedy security clearance to make getting through those frustrating first few hours of a business trip that much smoother.

Once through the requisite bag check and passport check, Premium customers are afforded access to No.1 Lounge. While Norwegian does not yet have its own personal lounge at Gatwick, the No1.1 Lounge, which normally costs £30, gave us a chance to kick back and relax with complimentary food, drinks and reading material ahead of our Silicon Valley experience. 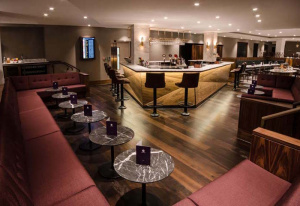 Looking out over the runway, No.1 Lounges provided an oasis away from the normal hustle and bustle of duty free. An advanced check in of anywhere between two and three hours is a must of trans-Atlantic travel, so a space to work quietly, make phone calls and eat in peace makes the Premium offering even better value.

After boarding on time and with minimal hassle because of early boarding for Premium customers, Real Business was introduced to the Boeing 787 Dreamliner. Used for all Norwegian long-haul routes from the UK to the US, new technology means it can fly at lower cabin altitude and this reduce the impact of jet lag.

Before takeoff and an 11-hour flight, complimentary drinks got the Premium experience off to the right start. Compared to economy, Norwegian’s business owner-orientated fare provides flyers with an option for two 20kg checked bags, a three-course meal including drinks and USB charging with a universal power socket to make getting a few hours work in possible.

While our outbound flight would depart at 12:35pm and land at 16:40pm local time in Oakland, the return flight would be a red-eye – truly testing the Premium cabin’s ability to encourage a little sleep.

The cabin had a distinctly new and fresh feel to it. Premium customers have access to their own toilets, as you would in a first class cabin, while little touches such as excellent complimentary headphones and a foot rest at the end of reclining seats particularly memorable. 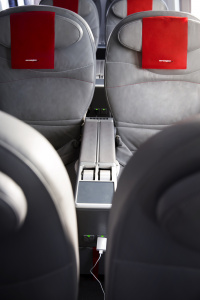 Aided by a good selection of in-flight movie selections, Real Business opted for Tom Hanks and A Hologram for the King, the 11-hour flight sailed by and before we knew it the Dreamliner’s wheels had touched down at Oakland and we were in Silicon Valley territory.

It was here that we experienced the one downside to our outward journey, an ill-prepared immigration hall that will have to drastically improve if Oakland airport is to make the most of airlines now picking it as a Bay Area touchdown location.

While British business travellers are used to sailing through passport control by forgoing human contact and using ePassport gates, US immigration has a long way to go and the 90-minute wait soured our experience.

We’ll be providing a detailed account of our time in San Francisco and Oakland in a separate feature, so we’ll speed straight on to the homeward flight – a ten-hour overnight red eye. It was here that the Premium reclining seats and Norwegian’s much lauded quieter cabins came into their own. The same technology that allows it to fly at a lower altitude, consuming less fuel and taking less time, also means less engine noise and a better chance for tired business travellers to get some much needed rest.

There was also the luxury of spending some time in Oakland’s Escape Lounge. Like we were able to do in Gatwick, the Escape Lounge is usually a pay as you use offering – but is included in the Premium price tag.

Overall, Real Business was very impressed with the Norwegian Premium London to Oakland experience. From £399 one way or £714 return, business travellers have four times a week access to the Bay Area and Silicon Valley – meaning cost-conscious companies can still look to drum up new business on the Pacific coast or even manage a small satellite office. 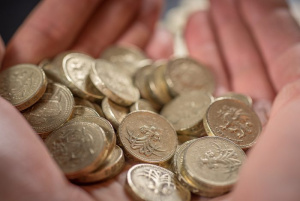 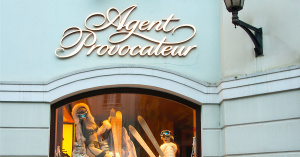