When it comes to Gross Domestic Product, the UK falls below the 0.6 per cent growth seen in the Eurozone total, a blatant indicator that we’re lagging behind with low productivity.

Despite the constant doom and gloom that surrounds this issue however, there is some light at the end of the tunnel. As latest ONS statistics show, UK GDP has grown from 0.3 per cent, to a more encouraging 0.4 per cent in the third quarter.

Growth in any form is a sign that we’re on the right track and although, as a result, the Monetary Policy Committee could raise interest rates from its record low of 0.25 per cent when it meets this week, there’s still plenty to be positive about.

Albeit an ever so slight increase, a rise in GDP is proof that having a record number of people in work is helping to boost our economy.

Now, the focus should be on how we can further boost the UK’s low productivity so that these employees can ultimately enjoy higher wages and a better standard of living.

As employers, we can all play our part in boosting our own productivity and that largely involves increasing our workforce’s happiness, by offering as much support as possible. It doesn’t take a genius to figure out that happy, content workers are better for business.

There are tons of ideas when it comes to improving staff morale and low productivity. If we’re being totally honest, some just don’t hit the mark and aren’t appreciated as anything more than a passing fad but those that do work are worth putting that extra time in, or a hand in a pocket for.

Speaking of money, top companies often pay the earth for a fancy HQ, but there’s often method in the madness.

According to Leesman, a leading assessor of workplace effectiveness and its The Next 250k report, “46 per cent of employees do not agree their workplace enables them to work productively” and 49 per cent aren’t “proud” of the spaces that they work in on a day-to-day basis.

It’s the element of proudness that I only see myself agreeing with, a scruffy working environment is bound to have a negative effect on the people working in it.

Thanks to a record results year, I’ve been able to embark on a £1m expansion and recruitment drive. One aspect of this is scouting out other premises and refurbishing our existing headquarters in Lambeth.

I’ve also spent money on making our canteen subsidised, an in-house masseur and invested in state-of-the-art equipment for our 24-hour gym.

I understand that these things are only “perks” but for Pimlico, they seem to work and I’m happy to offer them if it means that someone is going to be that little bit happier and touch more productive in their work.

Also, as many people know everyone at Pimlico, regardless of what department they work in, wears a uniform. Not only does this take the decision of what to wear out of the equation in the morning, but everyone looks smart and can feel proud of where they work.

Of course, not everyone can afford refurbishments and expensive perks and we should only spend within our means. But as a nation of entrepreneurs it’s important that we exploit our entrepreneurial spirit and creativity when it comes to burning low productivity and igniting a more passionate, dedicated and productive workforce. 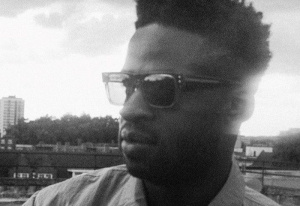 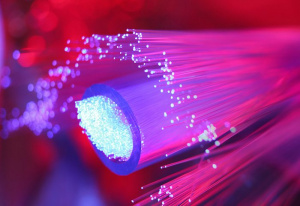