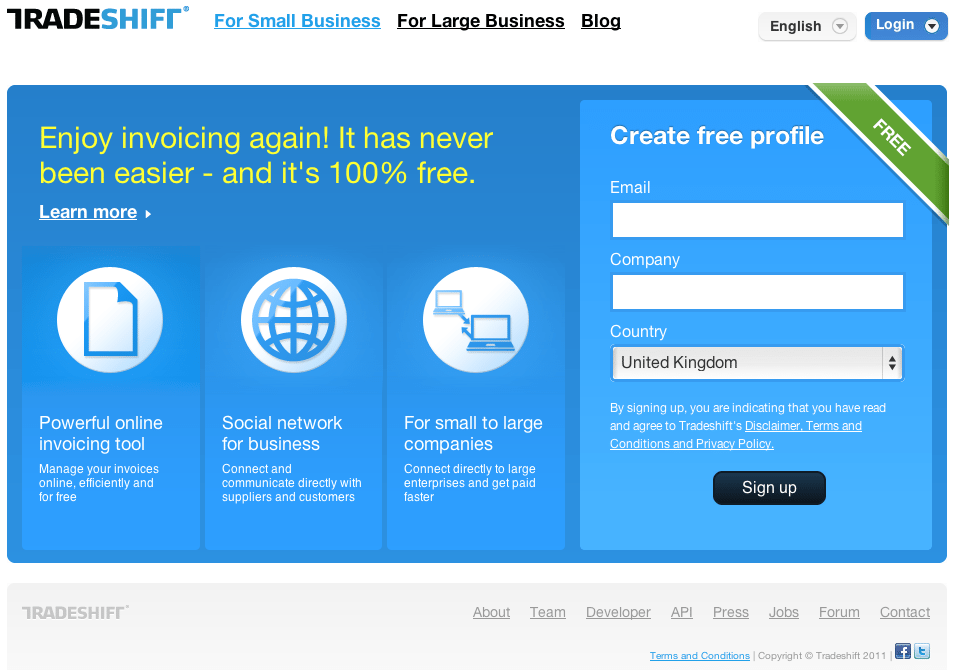 Notion Capital, the VC fund set up by brothers Jos and Ben White, has won a competitive international funding bid to invest up to $7m in Tradeshift.

Launched in 2010, Tradeshift is a web-based invoicing platform. Tradeshift allows businesses to send, receive and manage e-invoices through an online business network. Tradeshift already has 50,000 businesses signed up to the service, and covers over 180 countries. Recent big wins for Tradeshift include the NHS, Adetef (French government procurement), Coop and DSV. Notion Capital’s investment is one of its largest since launching in 2009. Notion Capital was set up by Jos and Ben White, who founded, grew and sold MessageLabs for $700m in 2008. ?Tradeshift is undoubtedly one of the most exciting businesses we?ve come across since setting up Notion Capital in 2009,? says Stephen Chandler, managing partner at Notion Capital.  ?It has the potential to become the de facto business social network for B2B communications and processes.?  Christian Lanng, CEO and co-founder of Tradeshift, adds: “The fact that Notion Capital was the team behind MessageLabs was one of the main reasons we chose to partner with them. “We?re focused on building Tradeshift into a global business and feel positive about being able to draw on the experience of a team that have done it before.? This isn’t Tradeshift’s first investment round: the company has already taken seed funding from eBay subsidiary PayPal, who is a technology partner for the company.