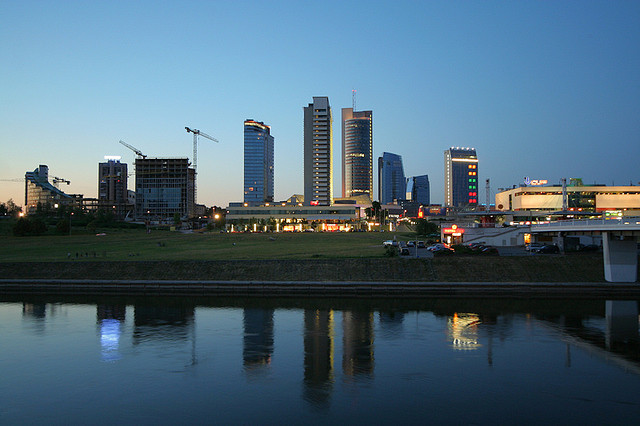 The Baltic states (Lithuania, Latvia and Estonia) have come a long way since their exit from the Soviet Union and their entry into the EU. Although they all suffered in the financial crisis they’ve been quick to bounce back and now are amongst the fastest growing countries in the EU.

Figures released today by Lithuania’s statistics department reveal that UK investment into the country has doubled in just three years to £175m, reflecting growing interest in the country among British businesses. UK exports to Lithuania grew by 11 per cent in 2013, with top export products including chemicals, minerals, food and drink, vehicles and machinery. Lithuania is ranked at an admirable 17th in the World Bank’s latest ‘Ease of Doing Business‘ report.  Its economy is set to grow by 3.4 per cent this year, and it is set to join the Euro in January next year. Concerns about Eurozone stability aside, this represents a good opportunity for UK businesses with existing European operations to move into a new market without the burden associated with having to handle a new and unfamiliar currency. Lithuania is a fairly free-market economy with a low tax burden compared to other European countries – corporation tax is set at a flat rate of 15 per cent, and foreign businesses can enjoy a six-year tax holiday when investing in special economic zones. “One of the main reasons why Lithuania presents such an attractive destination for UK investment is that it is an advantageous environment for businesses, and one that is easy to adapt to,” says Arvydas Arnasius, MD of Invest Lithuania, a government agency which offers guidance to investors. “It is easy for businesses not only to find skilled workers but also to set up operations, thanks to Lithuania’s high-quality infrastructure as well some of the lowest tax rates in the EU, as well as appealing economic incentives.” One of the biggest pulls of Lithuania is its educated and multilingual population, with English commonly used in the business world. Barclays opened a technology centre in Lithuania in 2010. Giedrius Dzekunskas, head of the centre, said: “We have expanded our presence in Lithuania significantly over the past four years – with our Technology Centre in Vilnius now employing more than 1,200 IT professionals. One of the main pull factors for us was the availability of highly trained, multilingual staff.” Though the current Ukraine crisis has led to the cooling of relationships between the EU and Russia, Lithuania is a good opportunity for those hoping to take advantage of the giant Russian market in the future. 71 per cent of its population speaks Russian, there is a direct rail link from Vilnius to St Petersburg, and many Lithuanian companies have experience of working in the Russian market.  This makes it a great launchpad to take advantage of the vast market in the east, but it’s worth bearing in mind that a fractured relationship between the two countries does have the potential to disrupt this.  A future opening up of the Belarusian market could also present great opportunity for businesses with a presence in Lithuania, although it’s hard to envisage how such a change would look at this point.  Curiously, the British Chambers of Commerce Lithuania also lists the country’s prowess for basketball (among other perhaps more significant characteristics) as a notable feature of the Lithuanian market.  Image source