The figures from IT recruitment firm Randstad Technologies show that there is an average of 3.9 new jobseekers for each new job in Autumn, the highest of any month in the year. This is followed by October and December, with 3.7 each. These favourable figures compare with availability of 2.9 people per job in January.

Mike Beresford, MD of Randstad Technologies said: “If you want the best odds on scooping up high-flyers, August is the month to hire. These figures show the competition for the best talent is less intense.

“You might not be able to count on the sun during a typical British August but if you are in the IT and technology industries, you can count on having to fight that little bit less hard for every candidate you want to hire.”

Figures specifically for the technology sector show that there are less candidates per job overall than every other sector, but that the summer/winter difference was particularly acute. In August there were 3.1 candidates per job, versus 1.2 in January.

Beresford said: “The UK lost a lot of skilled Technology and IT talent over the dark days of 2009 and the worst of the economic downturn as overseas markets offered more work and better pay.

“But the industry has rediscovered itself since the sharp decline in recruitment in 2008 and 2009. Increased demand has driven hiring across the UK although there are still significant skills gaps in the workforce. That’s been reflected in salary growth.”

Maximising the value of your IP assets 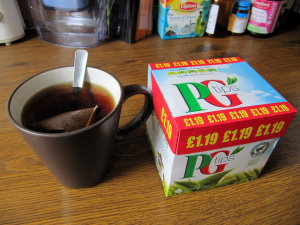