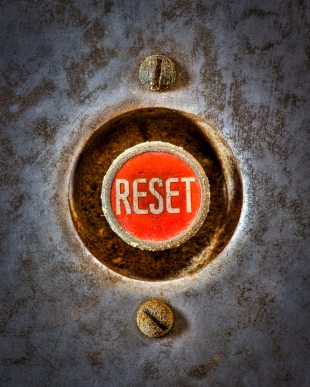 Our financial elites are running out of answers; it’s not surprising that politicians are wobbling with them.

Reshaping finance for a new season is the subtitle of James Featherby?s seminal new book, ‘Of Markets and Men’. I make no apology for making over this City Grump article, and the next, to some truly excellent extracts from it.  In part one, below Featherby highlights how debt is enslaving us all, how quantitative easing should be used for putting an end to the unhealthy power of banks and bondholders, and what we should be replacing that debt with to finance employment and a more productive and happier society. Time for a reset! Time for a revolution in thinking! “Government debt is no more than a promise made by the government to the bond markets to tax the citizens of tomorrow to meet the promises made by government to the tax payers of today. Politicians have not learnt how to put a cap on their welfare promises and are always tempted to kick the can of repayment down the road towards tomorrow. The government cannot issue equity, only debt.  In a season when governments are anxious to fund themselves, some see more than a coincidence in the changing regulatory landscape that requires pension funds, insurance companies and banks to hold an increasing level of debt and in fiscal policies that maintain downward pressure on interest rates. However, one cannot get the better of bond markets forever, and at some point the markets may decline to continue funding ever decreasing yields and ever decreasing sovereign debt qualities. Lawrence Summers, a former United States Secretary of the Treasury, sums up the current overriding objectives of governments, ‘Government has no higher responsibility than insuring economies have an adequate level of demand. Without growing demand, there is no prospect of sustained growth, let alone a significant fall in joblessness. And without either of these there is no chance of reducing debt-to-income ratios.’ How sad that our collective dreams have been reduced by the political and economic establishment down to a simple desire to see us consume in order to reduce debt-to-income ratios. The lack of choice that this agenda suggests denotes modern day slavery: work simply to pay debts. Excessive debt has imprisoned our paradigms and our possibilities. Excessive debt produces inflation, injustice and the modern day equivalent of slavery, where the economic futures of men and women are committed to a debt they cannot repay. Excessive debt centralises power, fuels speculation and turns others into a means not an end. The current economic climate can leave us in no doubt that we need substantially less debt. Government reforms to date might or might not make banks safer. They have done little, however, to address the quantum of debt. Reducing the level of personal, corporate and national debt will make our personal, corporate and national finances more stable, more equitable, more sustainable, and more enjoyable. Our forefathers were cuter than we might have imagined. They recognised that debt had a tendency to enslave both economically and psychologically. Even before banks were creating money, and debt, on the current industrial scale and even before debt based economies were fashionable because of the previous distaste for lending money with interest, our forefathers recognised that every now and then it was necessary to step in and cut the Gordian knot if poverty and slavery, including the sense of alienation and hopelessness to which they give rise, were not to become permanently institutionalised.