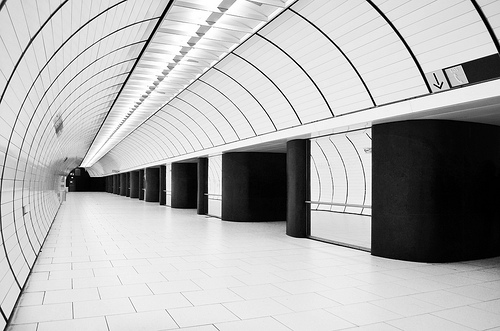 The report starts off by listing a few crucial factors: we’ll live longer and could thus all face dementia; we’ll most likely have an obese epidemic on our hands; gender inequality will still reign supreme; there will be a ton of floods everywhere; the army will create a bunch of killbots; and last but not least, we’ll be living in slums on limited water supplies.

The future doesn’t look that great, but the government reassures us that in the process of identifying threats, challenges and defence and security implications for policy, there may be a tendency for the document to seem rather negative in its outlook. This is an inevitable consequence of its purpose. Fantastic! So what does the future have in store for us The world population, currently at 7.2bn, is expected to reach between 8.3-10.4bn by 2045. And due to a decline in infectious diseases and high birth rates, the global median age will increase.  This does mean that dementia will likely become more prevalent. “Current estimates indicate 35.6m people worldwide are living with dementia. This is likely to double by 2030 and more than triple by 2050 if no treatment is found.” On the up-side, 750m people are likely to be aged 65 and over, partly due to developments in technology and rapid medical advancements, which the government has highlighted as shocking . A game-changing medical breakthrough could significantly extend the human lifespan. Initially, this breakthrough would probably only be available to the very rich, exacerbating social tensions. Reminds me of movie Elysium somehow… The potential for developing cures for some cancers and the development of artificial organs and mind- controlled prosthetic limbs mean that we are highly likely to have more productive lives. By 2045, there is a real prospect that artificial devices will provide a superior level of performance than can be achieved naturally for example, hearing-aids that can detect sounds beyond the range of the human ear.  And the field of pharmaco-genomics “holds the promise that medicines might be tailor-made to a persons genetic makeup making medicines more effective and safe.” All of these factors will require the government to take a closer look at public pensions, health services and long-term care, something the MoD says are priorities which could reduce defence. However, these factors would increase the retirement age and advances in healthcare and changes in education methods could see care costs decline. Although it all sounds promising, we’d first have to survive extreme weather events, decline in clean air, safe drinking water and food. Then there’s the increased stress due to the impact of flooding and respiratory disease will be inflicted by high temperatures and raising levels of ozones. Image source By Shan Schutte