The Zurich SME Risk Index is part of our October 2016 economic statistics roundup, and shows that business risk is at its lowest level in four years, despite 53 per cent of Britain’s small businesses voicing concerns over the current economic climate.

This was according to survey results from over 1,000 SME owners and decision makers – with only seven per cent remotely considering closing down shop.

General reduction in business risk, the index found, had resulted in a positive knock-on effect on business operations. Only 15 per cent of SMEs have had to reduce prices in the last financial quarter, while nine per cent made staff cuts.

So there appears to be light at the end of the tunnel for small businesses, Anne Griffiths, head of SME proposition at Zurich said. “Businesses are growing at twice the rate of those shrinking in the UK. The SME community has long been the economic heartbeat of Britain, and while fixing the economy remains the highest priority, the wider picture is one of success, prosperity, and most importantly, optimism.”

It comes hand-in-hand with news that the number of private sector businesses in the UK has hit a record 5.5m. SMEs account for at least 99 per cent of businesses in every industry sector, business and energy secretary Greg Clark hailed. The total number of companies in London has also reached one million for the first time and the number of businesses employing people across the country has risen for the third year running.

As a whole, there was a 23 per cent increase in businesses at the start of 2016 compared to 2010, with the government’s Department for Business, Energy and International Strategy revealing it had given entrepreneurs £250m from its Start Up Loans scheme. And with the need for finance often correlating with a firm seeking to expand its reaches, exporting figures also had to be put up for display and feature in our October 2016 economic statistics feature.

The results aren’t as good, with the Centre for Economics and Business Research, alongside World First, suggesting that if SMEs matched the levels of exports made by larger counterparts, UK exports would rise by £141.3bn. It would be an increase of 25 per cent, which would certainly go some way to helping alleviate our economic headaches. It was even the subject of World First’s Think Global event, where the over-arching message was: there hasn’t been an environment this favourable for exporters in decades.

The Brexit vote led to a sharp decline in the value of the pound, at one stage falling to a 31-year low. Let’s also not forget the strange contradiction that is the UK’s M&A activity. In Europe, M&A deal value has us back to 2013 levels – firms have postponed deals, cautious of exchange rates. But despite the sluggish first half of the year, the aggregate value of those deals resulted in our highest Q3 result since 2008. This may largely be due to Softbank’s bid for ARM Holdings in July.

Read on to find out about AIM delistings and financial distress.

Quick guide on how to build a successful business 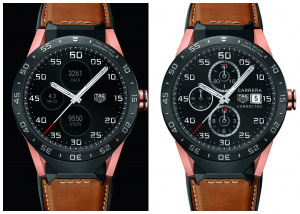