In our recording of October equity fundraising statistics 115 investments into 115 high-growth companies were recorded.

Breaking this down further, the total amount invested was £400m (an average of £3.67m per company). Furthermore, 28 of these (24 per cent) were unannounced, meaning that only Beauhurst private research uncovered them.

The average pre-money valuation of companies funded in this October equity fundraising statistics analysis was £7.77m, and the top three sectors invested into were as follows:

Here are the October equity fundraising statistics compared to those from the previous month.

The bulk of the funding (82 per cent) went into early-stage companies, with just 18 per cent going into companies that had already reached the growth stage.

The recipients of the largest fundings were Carrick Therapeutics (£73.9m), iwoca (£46m), GymBox (£39m), Graphcore (£24.5) and Second Home (£20m). All the companies are based in the South, with all but Carrick Therapeutics and Graphcore located in London. Most recipients were technology and IP-based businesses, although there was also a large contingent working within business and professional services.

Beauhurst is a platform that lets you access rich information on UK high-growth companies. 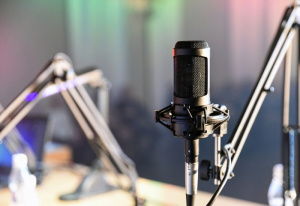