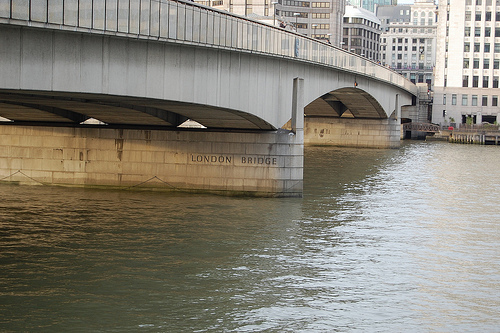 Builtin 1825 to span the river Thames, London Bridge was sold to American oil man Robert McCulloch for nearly ?1.4m. McCulloch had the bridge dismantled and shipped overseas to California where it was rebuilt brick by brick at Lake Havasu City. Rumour has it that he thought he was buying the iconic Tower bridge.

In an old 1949 ‘Ottawa Citizen’ newspaper, it states that ?Britain makes quite a good thing out of old bones left to the state for anatomical research. For some reason many museums and laboratories abroad prefer British skeletons to their own.?

Although red telephone boxes are quickly disappearing from Britain’s streets, they have found themselves homes in many places around the world. If you ever feel nostalgic, just make your way to Malta, Gozo, Antigua, Barbados, Cyprus or the French town of Chinon. However, the Israeli city Petah Tikya takes the gold star as you will find ten red telephone boxes in the highstreet alone.

London’s black cabs have become so sought after in foreign markets that they developed a left-hand driver version. These cabs can already be found in Spain, Germany and Saudi Arabia. It seems they are trying to export to France next.

It would also seem that trout eggs, hatched and cared for in the Lake District, are something of a delicacy in Kenya, America, Venezuela, Falkland Islands and the Bahamas. But what about the stranger items that customers have tried and failed to export? Logistics company, DHL Express, reveals the top six: Image source By Shan? Schutte