To understand where dangerous work cultures, pressures, and subsequent mental health issues in the workplace come from, we have to start with the learnings of social theorist, Michel Foucault.

The french thinker believed that power relations in society are discursive, meaning they come not from one particular source, but from everywhere.

The power behind these forces are dangerous because they’re subtle, and often manifested in supervision and surveillance), are internalised by people to the extent that they feel totally subjected to their control.

The office is the petri-dish of power relations

The office environment with its layers of bureaucracy, unofficial rules and lines of management is the ultimate example of what happens when these forces of power (seemingly coming from all angles), become negatively ingrained to the detriment of employee mental health.

Knowing the system(s) means you can dismantle them

By identifying what these forms of power are in your own workspace, they can be discussed and dismantled to create a more positive work environment where employees are relaxed and happier.

Let’s start with the first toxic manifestation of power relations in the office – presenteeism.

Presenteeism is the idea that one must stay in the office and work beyond contracted hours in order to ‘get ahead’ in their career.

Staff commonly feel a need to ‘be seen.’ Because if they’re not seen, they’re not working or progressing.

Feeling watched and judged by other colleagues, they resolve to stay on with them, (ergo – discursive power relations). If the numbers of ‘presenteeists’ grow, the rest of the team will feel pressured to do the same.

Unless a manager or the ‘boss’ pull an employee aside for a last-minute, and urgent task, an employee’s decision to stay working late just to ‘look good’ to others is exemplary of how dangerous discursive power relations can be.

Unsurprisingly, presenteeism can lead to widespread office stress and even burnout among staff. This makes it a ‘perfect storm’ for mental health issues to brew and take hold, leading to escalating absence rates and high staff turnover where employees would rather leave a role than challenge a seemingly absolutist work culture.

In his works, Foucault also references his theory of ‘‘Sovereign Power’, which can be seen in office environments and commonly in the relationships between a business owner and CEO, their managers, and the rest of the team.

An example of when a business owner or senior staff can use their ‘sovereign’ power in a harmful way is when they make something called ‘a power move’ – which is just to show an employee that they’re capable of exerting authority due to their senior position.

* Exerting ‘authority’ for the sake of it

When this power isn’t employed to aid in a business situation to help, or to discipline an employee for a valid reason, it’s really just being done for the ‘ego’, which can be deeply mentally unsettling for the recipient.

This can include ‘snapping’ at staff just because the person has ‘the authority’ to do so, or even constantly ‘checking up’ on them to see if they’re working at certain hours of the day, (micromanaging).

* Staff won’t be able to lie about your reputation

This will affect the mental health of the employee on the receiving end of the exchange in some way, whether it makes them feel belittled and infantilised – or even worse, deeply paranoid and stressed.

Playing these sorts of mind games with staff will only leave you with the reputation as a ‘little Hitler’ type. And be assured that if this reputation takes hold, it will be translated to prospective recruits during interview processes when they ask what you’re like to work under.

Even if nothing’s said, recruits will read between the lines. Trust me – I’ve seen it happen.

Where you have a group of people and their respective ambitions in one room, you’re going to get some office politics, and they can be negative. This can be anything from office cliques to ‘backstabbing’ colleagues.

Is there an employee in your office who offers friendly praise and support to a colleague, only to descend into open bitching minutes later? Then you have some toxic office politics going on.

To stop employee backstabbing and unhealthy competition requires shutting down gossip and a ‘Chinese whispers’ culture as soon as it occurs.

If a manager or another staff member has genuine concerns about a certain colleague’s ability to undertake their job, this must only be discussed with a line manager in a private setting, and not with random members of the team for cheap thrills.

* Having ‘the ear of the king’

Maybe there’s a certain manager that everyone knows ‘has the ear’ of the boss. Again, this is where Foucault’s ideas come into play. X person has the influence, so every other team member must try and get in favour with X in order to get in favour with the boss, Y.

What can also come from this is a culture of prohibition and discipline, where staff members are afraid to speak candidly about an employer in the office should the favoured X tell the boss about it and be disciplined as a result.

* Create a democracy, not a dictatorship

Employees do have the right to have open (but still respectful) conversations about an employer’s strategy should it be giving them genuine concern in relation to the ongoing success of a business.

Creating a culture where no one can speak against an employer for any reason creates a dictatorial and repressive environment which can make it a toxic, intimidating and a mentally unhealthy one to work in. 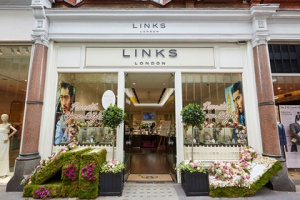 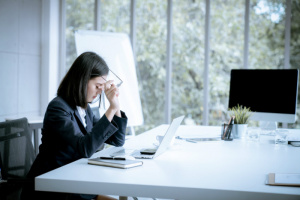 The key to maximising energy and culture in the workplace