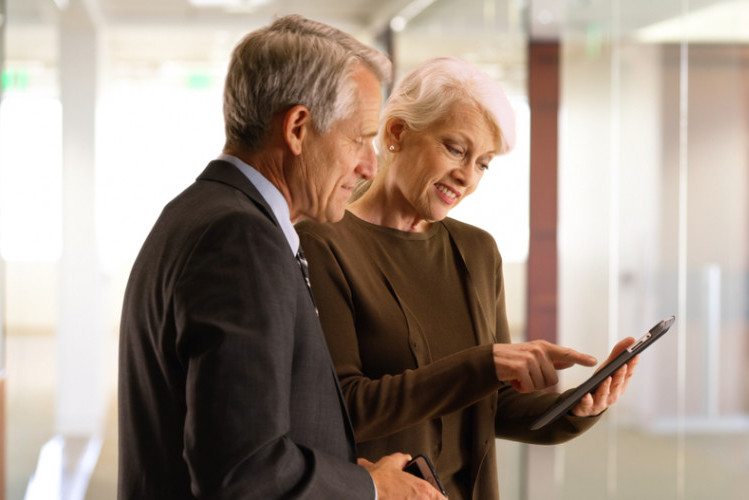 Share via
Andy Brigs, CEO of Aviva Life UK, announced in May his intent to employ 12 per cent more older workers?by 2020, calling for businesses to publish age data and similarly commit to the cause.?His speech came off the back of Labour Force statistics, claiming that while we now lived longer lifespans, the employment rate dropped the older we got. Those over the age of 50 now account for over?30?per cent of the UK?s workforce ? and they?are the least satisfied.?These findings, the result of a Peldon Rose study, were released in February 2017, and while it may not be as up-to-date as the Labour Force report, it seems we have come?no closer to acknowledging the problem. As Peldon Rose put it, there is a?huge disparity between the workplace?s oldest and youngest employees in terms of wellbeing, motivation and attitude, with only 23 per cent of those aged 55 and above feeling appreciated. This is largely due to businesses placing more emphasis on younger workers, alienating those over 55 perhaps unintentionally ? but doing so nonetheless.?Only 17 per cent thought their opinions were valued, instead making more room for the thoughts of those aged?under 25. It’s a worrying trend,?Jitesh Patel, CEO of Peldon Rose, explained, specifically given that the scales are starting to tip too much in one direction. Most perks also tended to be in the?younger generations’ favour ? and failure to balance the needs of the workforce, he is convinced, could result in higher attrition of older staff who could have?imparted valuable knowledge to others. ?With millions of workers remaining in employment into their 60s and 70s, employers need?accommodating diverse generations of employees under one roof,??he said.??As businesses aim to balance the needs and desires of both older and younger workers within the modern workplace, older workers tend to be?over-looked and under-valued, leading to poor wellbeing and motivation,? While Brigs clearly shows bosses are taking a step in the right direction, we’re lagging behind other countries, made evident by PwC’s Golden Age Index. The index assigned 34 countries a ranking in terms of employment rate, job satisfaction and earnings for those aged 55 and over, and it’s perhaps no surprise the UK didn’t make the top ten. It finds itself sitting in 19th place, with PwC claiming the UK could boost its GDP by 4.2 per cent if it could match Sweden ? the highest-ranked country ? in terms of employment rate. It also claimed England had the highest employment rate at 70.6 per cent, falling to 68.8 per cent in Scotland, 66.5 per cent in Wales and 63.6 per cent in Northern Ireland. ?While the UK?s absolute performance on our Golden Age Index has improved over time, it?s still scoring below the OECD average,” explained?John Hawksworth, PwC?s chief economist.??As the number of people over 55 continues to grow steadily and life expectancy increases, the UK needs to make it as easy as possible for people to continue working for longer if they wish to do so. This would boost both GDP and tax revenues, so helping to pay for the increased health, social care and pension costs of an ageing population. ?Looking at employment rates for older workers across the UK reveals the areas that need the most focus, as well as symptoms of poor performance. Regions with fewer older workers with university degrees and a larger gap between male and female employment tend to have the lowest employment rates for older workers.?