When Sir Stelios initially requested an apology, O’Leary was defiant. In his typically brash style, the Ryanair chief said they should settle their differences in a sumo wrestling bout (Stelios to provide the nappies), a drag race (dressed in high-heels and fishnets), or a Chariots of Fire race around Trafalgar Square.

The libel suit was settled out of court, with O’Leary issuing a public apology in today’s Guardian and Daily Telegraph. Sir Stelios accepted £50,100 in damages, which he will donate to his philanthropic foundation and use for the Stelios Award for Disabled Entrepreneurs (being presented at our Growing Business Awards in November).

“It is not very often that someone as arrogant and as powerful as O’Leary is forced to apologise to someone else in public and in writing,” says Sir Stelios. “I took this legal action to protect my reputation. I am not a liar and that statement was libellous.” He dedicated the victory to all those “who have suffered verbal abuse at the hands of O’Leary”.

“Michael O’Leary has been heading for a fall for a while now,” says one Real Business reader. “Fair play to him for apologising so publicly – but I wouldn’t be suprised if this was just another headline-grabbing exercise. Instead of spending so much time challenging people to sumo-wrestling matches and the like, he should get on with the task of running his business.”

MBOs being driven by increase in loan notes 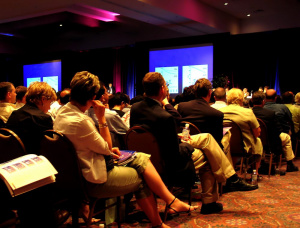 How to organise a business conference