If Britain needed a confidence boost, then few could have dreamed of a better shot of adrenaline than the many achievements of the past few weeks.

Just cast your mind back to mid-July.

Britain was gearing up for disappointment on a humiliatingly international scale. G4S was screwing up the security arrangements for the Olympic Park; Boris Johnson’s voice was booming out of every tube station warning of transport meltdown; and Danny Boyle’s opening ceremony, complete with morris dancers, sheep and an NHS tribute, sounded like a nightmare waiting to happen. We were convinced this summer was going to be awful, and with good reason.

Then something wonderful happened. We started winning on an international stage.

Bradley from Kilburn wowed the crowds of the Champs Elysees by becoming the first British winner of the Tour de France.

At the Olympics, Team GB excelled. Mo, Jess, Greg and Laura leapt from relative obscurity to become national heroes and we were garlanded with plaudits from all over the world for hosting what many consider the best ever Games.

Praise flowed about our confidence, our good humour and, unbelievably, our seamless organisation. For a nation weened on disappointment and self-deprecation this was hard to take in. To cap it all, our brilliant capital city looked more stunning and vital than it ever had.

Then, success begat success and our Paralympians took over, wowing the world and creating new cast of heroes. David Weir, Jonnie Peacock, Ellie Simmonds and many others suddenly became as famous and even more impressive than their Olympic counterparts.

But that’s not all.

Rory from Holywood, Northern Ireland, with his stunning USPGA win, became the youngest person to secure two majors since the late, great Seve Ballesteros in 1980.

Then, to crown a summer like no other, Andy from Dunblane ended a 76-year hoodoo that has haunted the UK by winning that elusive slam event.

Right now we can’t put a foot wrong. Long gone is the downbeat, depressive air of a few weeks ago. All of a sudden we’re winning, we’re confident and we damn well like it.

The successes aren’t just confined to sport. As you walk around London, you can see a transformation underway. Our stations, from St Pancras to Kings Cross to Waterloo, have all had a makeover and look fantastic. The Olympic Park is a triumph. The Shard now stands tall. As Caitlin Moran wrote in The Times a few weeks ago, the world has got the hots for London, and doesn’t it feel great?

Many have questioned whether the Olympics will have a lasting legacy. Sure, it was a great party but its broader impact will be negligible according to many. As for fixing the economy, forget it. But I feel a perceptible change in mood. These sporting and logistical achievements have provided a shot in the arm that could indeed have a lasting effect.

While it will certainly take more than a few medals and some new silverware to get the UK back in shape, after five years of a credit crunch hangover that has sapped the national spirit, seeing Britain deliver the goods on the global stage has been a revelation and a brilliant boost of renewed self-belief.

And I’d much rather think that we can harness the good feeling, get our confidence back and believe that we can win in the world, not resign ourselves to being a bit crap, a bit of a laughing stock and a bit last century.

This reality is that success can be fleeting, so the key job now is to harness the good feeling and commit to doing what we can to improve and build on a glorious few weeks.

While it might take a bit of getting used to, doesn’t it feel great projecting a bolder, more successful image to the world? 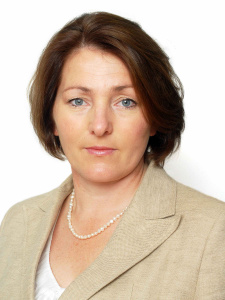 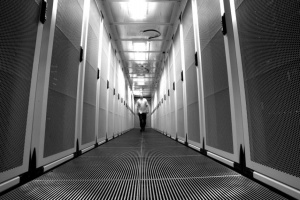 When is it time to move to a data centre?