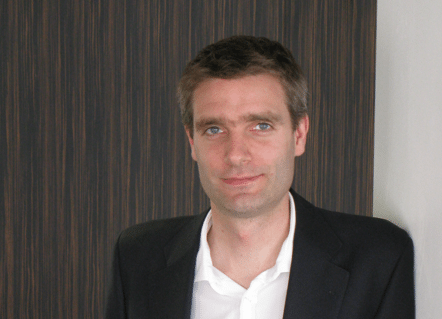 Social enterprise has become a buzz word lately – any man and his dog who has a mildly ethical business goes to great lengths to promote himself as a social entrepreneur. So when we first heard about Tom Rippin and On Purpose, we were sceptical. How wrong we were.

On Purpose, an organisation set up by Tom Rippin, is on the right path to becoming a poster-child business for social entrepreneurship. Although it only went live six months ago, it is fast becoming a great success. On Purpose develops leadership skills for social enterprises. Eh? Sounds a bit fluffy? It’s not. On Purpose takes high-flying graduates and places them directly into socially-conscious businesses, giving them the right hands-on training to become the next generation of social enterprise leaders.  “Today’s talent are tomorrow’s leaders who will help solve society’s biggest problems,” says Tom Rippin. “We believe that if we find the most inspiring people, provide them with the right experience and give them world-class training, then great things will happen.”  Future leaders On Purpose definitely has the right model to make great things happen. Associates – as the graduates are called – spend a year in two, six-month placements, and are paid £20,000.  “It was important to me that they get paid. I wanted the best talent, it shouldn’t be about who can or can’t afford to get into the sector. Although, living in London, money is still tight for many of our associates, it’s enough for them to live and work.” In fact, most of the associates have actually taken pay cuts to join On Purpose. But in a sector that is so difficult to get into without mountains of experience, they were all happy to do so, Tom Rippin explains. The six-month placements are in well-established social enterprises: Coin Street Community Builders, Comic Relief, HCT Group, O2 and The Young Foundation. These placement organisations pay the associates directly, in exchange for their six-month placement.  Scaling up Tom Rippin has big designs for On Purpose, and rightly so – demand for placements is huge. He only advertised the first year’s five placements for a two week period and received 100 applications. “Last year’s challenge was signing up the first five placement organisations. But I’m hoping that our success this year will make it easier to widen the pool and take more associates on.” For next year’s cohort, Rippin plans to triple the intake to 15 associates and grow quickly thereafter, with 40 associates the following year, and then 60 associates.  “I want to scale On Purpose very quickly,” he says. “We’re planning on being self-sustained by 2015, increasing our income every year.” On Purpose’s own income will come from several streams: the organisations will pay an admin fee to On Purpose next year, plus Rippin is considering widening his organisation’s training arm. Every Friday afternoon, the On Purpose associates meet and are given a business lecture to complement their work and learning, a sort of “mini social MBA”, Rippin calls it. Other organisations have expressed interest in these lectures, and Rippin is considering offering the course on a more commercial basis. On Purpose also hopes to raise more grant funding. It recently received a grant from the Esmée Fairbairn Foundation, which Rippin hopes will give other grand-making institutions the confidence to also invest in On Purpose. Rippin himself has had an interesting career. After spending five years as a consultant at McKinsey, he worked as a consultant for Comic Relief, and then became MD of (RED) UK, the social enterprise set up by Bono and Bobby Shriver to fight against HIV/AIDS. The On Purpose model is an obvious horse to back. It takes high-calibre graduates and moulds them into the next generation of social entrepreneurs. This is the future. “One of the MDs recently told me how although he was sceptical about taking one of our associates on, his view changed after day one,” explains Rippin. “He said that our associate wasn’t like a new-start – the mentoring programme they go through means they can get stuck-in immediately and deliver quality work from the get-to. This is what we’re about, turning our associates into future leaders.”