One Flew Over the Cuckoo’s Nest highlights the very real fact that the mind is a sophisticated instrument. Of course, our understanding of how it works, and, more importantly, what happens when it misbehaves, has evolved significantly since its release, making the story a lesson in what can go wrong when we don’t take its delicacy into account.

The story is seen through the eyes of the mute Big Chief, who shares with us the struggles between Randle McMurphy and nurse Ratched. We learn quickly that the institute is inhumane and that some of the fellow inmates, McMurphy in particular, aren’t fans of authority. There’s further emphasis on how people are often forced to conform with society.

That you can’t cure everything with theory and closed, clinical environments, has been a popular opinion of One Flew Over the Cuckoo’s Nest. Sometimes other people stop us from growing, was another. Take character Billy Bibbit, for example. He is known to stutter and no “solution” can be found.

After an intimate moment with McMurphy’s girlfriend, however, he gains more confidence and loses his stutter. The villain of the story, Ratched, has a penchant for using patients” weaknesses against them though. She taps into his fear of his mother, threatening to reveal everything he d done wrong and it ultimately leads to his death.

?Ratched is definitely the main villain,” Neil Davidson, managing director of HeyHuman, opined. “She is a vindictive and sadistic antagonist, who takes delight in presiding over her patients. Well, I?m sorry to say, that I have met some business incarnations of her in my time.

“You know the ones I mean; they?re the bosses who think leadership means imposing rules, and confuse creating motivation with inspiring fear. They view life through the narrow lens of their own priorities, and dismiss anything outside of this as an irrelevant distraction.

“Instead of worrying about the employees who get into work five minutes late, or the members of the workforce who wear the wrong type of tie, leaders should be focusing on fostering an environment which brings out the best in their workforce.” 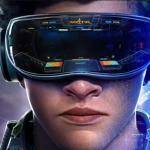 The movie Ready Player One is an example of how we could live in a virtual reality world. But how far off are we from achieving such a lifestyle And what would the business landscape look like

It’s an old saying, he pointed out “a volunteer works better than a slave”. Davidson suggested an employee who is relaxed will produce more innovative ideas than one who is terrified. They will also work harder for bosses they admire, over ones they loathe.

The Ratched problem was suggested to be particularly rife in the marketing industry, where not only workers, but customers as well, were often treated as “homogeneous inmates”.

“There are many brands who don’t understand the importance of targeting a specific audience, or how effective results might be if a more human approach was used for marketing communications,” Davidson said.

?Everywhere you look, you see examples of brands shouting aimlessly at the world. If these brands tailored their content and focused on making their target consumers feel like they’re being addressed directly, then they would give themselves a far greater chance at forming mutually beneficial relationships with their consumers.”

Another lesson: most of us are resistant to change. Those who do resist change are unlikely to undergo a series of stages from denial to anger, so being patient is a skill of utmost importance. That we are driven by our own emotions, particularly negative ones, is another out-take from One Flew Over the Cuckoo’s Nest.

It pays to invest in relationships. Whether it’s a manager trying to inspire their workforce, or a brand targeting their ideal consumer.

As Davidson concluded: “It’s always best to avoid being a little Ratched about it. Otherwise, you may soon have an uprising on your hands.