The HR organisation conducted research which found one in eight workers – equivalent to 3.7m workers – could not name one quality they liked about their boss.

Three in four admitted to talking about their boss’s management or work style behind their back, with 37 per cent doing this regularly.

Paul Devoy, head of Investors in People, said: “While there are a lot of good managers out there, for the 3.7m workers in the UK who can’t name a single quality they admire in their boss there is clearly some work to be done. It’s not something that companies should just accept as inevitable; bad bosses result in unhappy, unproductive staff who will leave your business sooner.”

Good relationships between managers and staff are important. The survey revealed that 24 per cent of those who get on with their boss felt it made them work harder, and 23 per cent said it would make them stay at the company longer.

Of those who said they didn’t have a good relationship with their manager, 43 per cent said they considered looking for a new job as a result, and 36 per cent feel less motivated to do a good job for the company.

Devoy added: “If staff are unhappy because of their manager, senior management should step in to identify the problem and remedy it – whether that’s through management training, improving the reward and recognition structure, or in making sure that all staff are more involved in key decisions and processes.”

The research found that workers connect particular qualities with being a ‘modern manager’ – with being approachable (32 per cent), having respect for colleagues’ opinions (29 per cent) and working for the good of the team rather than having a big ego (29 per cent) coming out top. In contrast, almost a third connect being hierarchical and separate from staff with being an ‘old-fashioned’ leader. 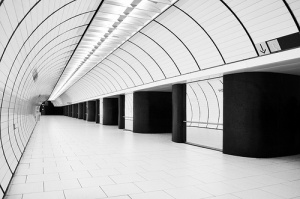 Obesity, floods and dementia: What we can expect in 2045