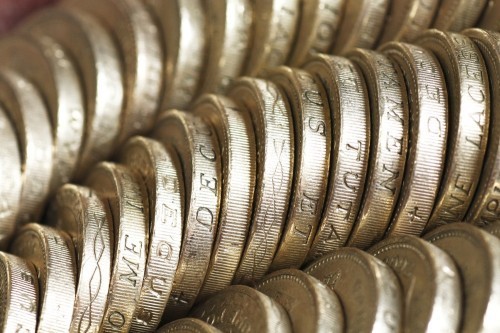 In the short term nothing is going to change: not our trading relationships with the EU, not the position of workers here or the fundamental soundness of the economy. The UK is placed fifth in the global economy, has a central position in world global trade and services. Our institutions have always been extremely resilient and adaptable to all number of challenges throughout our history. I cannot see or believe this will change.

Many business owners have been asking me about the tax implications of the Brexit decision and how it may affect their business. Let?s look at the current position and consider how leaving the EU will affect that: Direct tax Currently, the UK enjoys an EU wide corporate tax ?freedom? which in many groups allows the payment of interest, royalties and other intra group payments free from withholding taxes. Also, there are EU based exemptions from anti-avoidance provisions which then allow EU based companies typically to pay royalty and licence fees to subsidiaries in low tax EU countries such as Luxembourg or the Netherlands. We?ve seen this in the headlines with the likes of Amazon and Google. Leaving the EU takes away these benefits and the UK has to fall back on the individual tax treaties it has with countries across Europe. Currently, the UK has one of the largest treaty networks in the world and so there is still a strong argument that it is attractive to locate a business here that acts as a gateway to Europe and beyond. The UK is also now free to extend government supported tax reliefs such as R&D tax credits and the EIS scheme vital for the tech and science sectors. These were both classified as state aid and subject to EU caps on the level of allowances that could be given. Similarly the Patent Box regime can be extended having been curtailed by EU opposition to it originally offering UK businesses a competitive advantage. If we then factor in the rate of corporation tax at 20 per cent (falling to 17 per cent), a generous capital allowances regime, exemption from tax on the disposal of subsidiaries and no corporation tax on receiving and paying dividends, the UK can rightly say it remains one of the most attractive places to locate a business in the world, not just Europe. Have a look at some of our other Brexit commentary: Indirect tax Many will know that VAT is a European tax, levied by Europe and governed from Europe. Once we have left the EU it can?t simply be ?business as usual? in terms of the VAT rules as we will need to create or adopt our own set. Assuming we don?t get agreement to remain part of the single market we will no longer be able to freely trade in goods, across the EU border, in the same manner that we have got used to since 1993. The minimum allowed standard rate of 15 per cent will no longer apply, and the UK will be free to set its own standard rate. The minimum reduced rate of five per cent will no longer apply, and the UK will have complete control over that rate. And we will no longer have any limitation on extending the current zero rates to other goods and services. To date, we have only been able to keep zero rates that were held over from the standstill provisions. Arguably we now have scope to simplify VAT rates and applications in complex areas such as the VAT treatment of food. Whatever form it takes though, VAT will be here to stay, it raises ?115bn for the Treasury, it is fairly cost efficient to collect and, subject to simplifications, is generally accepted as a fair tax by the voting public. From a financial point of view, central to exit talks will be ensuring we continue to enjoy “passporting” rights that allow financial institutions based here to have access to the single market. From my point of view, I believe it is our obligation to carry on business as normal. The intrinsic value of the UK – not only economic – but the judiciary, a civilised society to work and live, excellent education and healthcare facilities alongside a unique heritage will not change. Countries around the world have always wanted to do business with us and it is my belief that they will continue to want to do so. David Gibbs is partner at Alliotts Accountants. As we now move past a month since the historic Brexit referendum vote, entrepreneur Richard Upshall argues that trading opportunities are abundant ? and even goes as far as suggesting Donald Trump becoming president would be a boon for the UK.