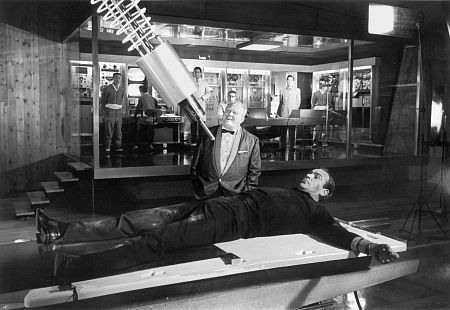 I have just arrived in Zurich to attend One Young World, a vibrant Davos for the young and surely a great title for a future 007 epic.

As many have come to expect, I pulled up in the Aston, sartorially splendid in a Savile Row three-piecer and surrounded by a bevy of beauties.“I’m Plenty” says one. “Why of course you are,” says I.  OK, stop it. None of that happened. It was an economy flight to Zurich but nonetheless I’m here, at what is a blockbuster by any account.  A formidable gathering of names from Sir Bob Geldof to Jamie Oliver, from Unilever CEO Paul Polman to singer Joss Stone make this very a special place to be. If the big names and epic stage sets provide the impact, it’s the young delegates themselves that provide the real wow factor. These people are not only the high achievers of tomorrow, they’re doing it today. One Young World founder and Havas CEO David Jones spoke of the forum as one at which you should not talk, but do, and encouraged delegates to use One Young World as a “platform to effect positive change”. One thing that strikes me is that the traditional “elders know best” school of wisdom is one that looks pretty stale in an environment like this. We live in a world where social media can destroy dictatorships and it’s the young that understand its potent power the most.  There were a number of interesting delegate votes that got me to sit up and think. On most influential existing social media channels, Facebook took 61 per cent to 34 per cent by Twitter.  On the dominant online service of the future vote, Google trumped all with 68 per cent. In terms of favoured news sources, only 13 per cent went for print, 37 per cent for social media, while 58 per cent picked digital news sources.  A key aspect of the Arab Spring has been the harnessing of every day assets like Twitter and Facebook, and its effect has been to liberate nations. From our comfortable vantage point you can overlook the fact that in regimes around the world, much of their powerbase is based on the control of communication. In under a decade, the democratisation of communication has swept away privileged infrastructures previously reserved for the powerful and the wealthy. It may be revolutions on the street that catch your eye today but it’s the digital revolution that is the real game changer. In a world where talk gets cheaper by the day the era of real citizen power becomes ever more realisable. Regime change is not just reserved for the world of politics and media, the business landscape has similarly been turned on its head. The downturn has decimated traditional expectations of guaranteed jobs from university and it has left young people exposed to the most uncertain prospects faced by any generation in living memory.  In turn, the internet means that a factor like your social capital – that is to say the value of your influence and networks – should become a key part of the valuation of tomorrow’s businesses and yourself. Taking the big entrepreneur slot at One Young World was Dragons’ Den founder Doug Richard, who delivered a cinematic extravaganza of his own. Small Giants is his new TV initiative. He told me, “There are two types of people here: those that could change the world and those that will.”  Young people have a thirst for enterprise and people are inspired by the idea of working for themselves rather than someone else. It’s a big change. Within a single lifetime we’ve seen the choices of the talented leapfrog from public service and the military, to big business careers, to today becoming entrepreneurs. That is major political change, social change and business change. In Zurich today are 1600 people from 170 countries, the biggest global gathering of its type and a beacon for positivity. It’s a reminder to those whose enthusiasm for the future has been dimmed that there are some very bright and enthusiastic people on the planet.  The James Bond family motto is, of course, “the world is not enough” but the 21st century 007 may want to change that to “the world has to be enough.”  The fragility of our environment and economies means that we have to make the most of what we’ve got. Against that background there is a very welcome place for initiatives that seek to unite rather than divide the planet. One Young World has a licence to thrill. Michael Hayman is co-founder of the public relations consultancy Seven Hills. You can also follow Michael on Twitter.