Launched in 2012, Onfido was founded with an ambition to make identity verification checks quicker and easier for businesses, restricting opportunities for workers to achieve identity fraud.

In September, the company secured a $30m investment, its largest to date, from Crane, Microsoft Ventures, Salesforce Ventures and CrunchFund.

According to CEO and co-founder Husayn Kassai, the new capital will be spent in two ways, he told Real Business.

“The first is to hire more senior leaders to help us with geographic expansion, both in the US, which is now our largest market, and moving into new international territories, including India and Latin America,” he said.

“The second is development of our technology – we’ll be hiring more talented engineers, machine learning specialists and data scientists to continue with research and development.”

Describing the accomplishment of raising $60m in total funding to date, Kassai called the milestone “surreal”.

“It’s certainly far beyond what we could have imagined when we set up the business fresh out of university in 2012,” he detailed.

Having such reputable investors behind Onfido has created a sense of pride throughout the business on the whole and not just the board, Kassai explained.

“We’ve known Scott Sage [Crane partner] for a long time. He’s been a fantastic advisor and friend to the company over the last few years, so it was a natural progression to formalise that relationship with Crane. They have an enormous amount of experience that will be invaluable to us as we scale internationally.”

Of course, well-known names tying up with Onfido is nothing new. Jack Dorsey-founded Square is among the businesses using the firm’s services, as well as sharing economy company Zipcar and fintech service Revolut.

“We’re very lucky to be working with global market leaders, and our reputation increasingly helps us with winning new business. Fintechs like Revolut are very different from traditional banks, however, where there is a different set of challenges to overcome,” said Kassai.

“Banks are typically slower to embrace innovative technologies but they are increasingly looking to the innovators and learning from their processes which in turn helps us as well.”

With so much achieved in five years, it hasn’t been without challenges – the most difficult of which has been hiring a team to a high standard. Presumably, the firm’s own verification would have come in particularly handy for that.

Kassai said: “We’ve always been passionate about building the most talented, diverse team we can, and making sure that they’re all bought into our mission and vision.

“As we’ve grown, communicating that effectively has become more challenging – we’re not a small team in one office anymore, but 150 people across three international offices.”

To remain true to itself, Onfido consistently adapts the employee experience and committed to The Mental Health Pledge to ensure wellness of staff.

While the business has three international offices, its technology serves far more than that, analysing 600 document formats in 192 countries – something enabled, and improved on, with machine learning.

“We’ve now fed it with enough data that it can process 600 different document types from 192 countries,” said Kassai.

“That global coverage enables Onfido to scale very quickly into new territories too, which is a big selling point with our clients. We also have a very high quality team behind the technology – almost half of the company is on the tech side, with 12 expert machine learning engineers. That’s a lot for a company of our size.”

Despite launching in the UK, the US is the bread and butter for Onfido. After a $25m Series B round of £25m in April 2016, the company opened a San Francisco office and has since launched on the East Coast.

Demand in India is also on the rise, while Latin America will present Onfido with a long-term opportunity as the region’s fintech sector continues to grow.

That’s not the only thing growing – the 150 Onfido staff headcount is up from 25 two years ago. Kassai has concerns about the economic climate, however, and the impact it could have.

“We celebrated our fifth birthday back in August, which was a huge achievement for us and an amazing opportunity to look back on how the business and the team has grown in that time,” he said.

“Sourcing talent can be a challenge, but we’re well placed for it – London is fed by a number of leading tech universities so there’s a strong talent pool here.

“Nonetheless, we are worried about the implications things like Brexit will have on our ability to source talent – we’re a very international team and hiring from abroad is likely to become a lot more complicated.”

With that in mind, how does Onfido see itself scaling in the next two years? With a long-term vision to see it through, Kassai opined. He believes that outlook is key to take identity verification truly global – effectively making the world a fairer place.

“It’s our goal to help everyone in the world be able to easily prove their legal identity online in order to access the online world,” he said.

“We believe that voting in an election is a right, and shouldn’t have to involve queuing for hours. We believe new migrants to a country should be an active part of the economy from day one, and not have to wait for six months to be validated by credit reference agencies in order to get a job or rent an apartment.

“We believe that as a generous and open country, we shouldn’t be fearful of accepting more refugees when technology now allows us to verify an individual in their country of origin and then re-verify them when they arrive.

“We believe two billion fellow humans across the world shouldn’t be excluded from the world economy because they’re unbanked. We know there’s no longer any reason for the identity exclusion which leads to financial exclusion, as the technology now exists to robustly and remotely verify anyone in the world.

“With our latest round of funding we’ll be investing even more in research and development and moving into new markets. In a year’s time, we hope to be well on the way to achieving our vision of building the trust engine to power human interactions worldwide.” 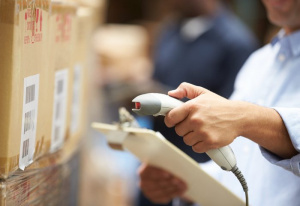