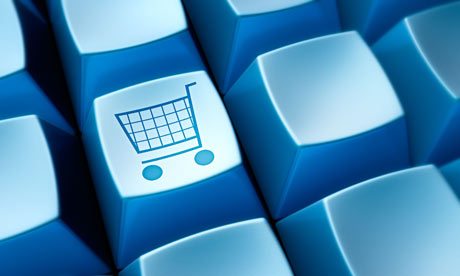 Online sales of non-food products grew 16 per cent in November. Notwithstanding a relatively weak comparative of 7.5 per cent last year, this was the fastest growth registered this year.

Excluding Decembers, which have always been the strongest for online, this was the fastest growth over the last three years. Over the past three months, online sales contributed over half of the growth of non-food sales. “We said last month more of us will be clicking into Christmas than ever before this year, and November fuels that trend further, setting new records both for growth and penetration of non-food sales,” says Helen Dickinson, director general of the British Retail Consortium, which compiled the figures. “The proportion of goods bought online increased across all categories during the month, with clothing having a particularly strong showing. The signs are that many of us went online during the month to make an early start on our present shopping, and the Cyber Monday effect is likely to continue that trend into December.” In November, online sales represented 19.9 per cent of total non-food sales, a record proportion selling online. Excluding online sales, Other Non-Food would have shown a decline in November. November online growth was the best this year and, excluding December months, the best in three years.  Online sales contributed 2.0 percentage points to the growth of Non-Food total sales. In the last three months, the contribution averaged 1.6 percentage points – over half of the total non-food growth. “Retailers’ digital channels have proved to be a major pillar of their sales strategy this year, with one in five products bought online this Christmas. It is a sobering thought that without the online transactions buoying them up, other non-food sales would have actually fallen on the previous year’s levels,” adds David McCorquodale, head of retail at KPMG.  “Online sales will continue to soar in the run up to Christmas, reaching record heights in December, with transactions spiking on Mega Monday when the last day for guaranteed delivery before Christmas falls due. “With multi-channel retailing now firmly established, what lies ahead for the retailer is considerable investment in digital analytics and logistics to improve personalisation and meet the increasing demands of the consumer.” The penetration rate set a new record at 19.9 per cent, meaning that one in every five pounds of non-food buying was made online. The Health & Beauty penetration rate stepped up from earlier months, which could be a sign that Christmas shoppers have made a head start online, looking for the best deal on fragrances and beauty appliances.