Hubble, an online marketplace to help business find and rent office space, was launched in 2014 and listed in our Future 50 2016, a campaign to recognise the most disruptive and innovative businesses across the UK.

The business capitalised on the growing number of new startups which were struggling to find affordable and flexible office space. At the same time lots of larger companies had empty desks to spare. The platform was established to match small businesses to larger corporates and allow each to rent the space – but has since evolved to incorporate the co-working space boom.

We caught up with Varun Bhanot, head of PR and business development lead, to find out more about how the business has grown since it was featured in the Future 50.

There’s a lot of different providers that offer flexible working, I guess where we are different is that rather than being an actual space ourselves we’re the booking platform intermediary where people can come and compare all the different options and prices.

In that regard, we haven’t got that much competitions – there’s a lot of offices offering this type of space, but that’s great because then we can list them and make the market more competitive for our customers.

The other area where we are moving towards, and what’s going to differentiate us in the future, is the development of the world’s first artificially intelligent office broker. We have already launched the prototype and tested it.

How has Hubble grown over the past year?

We have more or less doubled in size in terms of our team, and we’re now helping about three times as many companies – before we were helping around 10,000 companies a month and now we’re doing more like 30,000. We raised our larger seed round of funding, which was £1.2m last year. That enabled us to grow the team and grow the product.

We’ve also expanded beyond London, so we’re in Manchester as well. Lots of growth and progress.

What has been Hubble’s biggest achievement so far?

The fact that we’ve become the first platform that opens up a lot of flexible space that was going unused in the past – as a result we’ve enabled lots of small businesses and lots of startups to find offices that are affordable. I guess in that indirect way we’ve helped the boom in entrepreneurship. We’re really excited to be heling bigger businesses over the next year.

How do you spread the word about your services?

Generally speaking, most of our customers comes through organic internet searches. We put out a lot of useful content, like top tips using our data, so we tend to get a lot of customers from there. It’s usually quite interesting what we can find in our own data about the market as a whole.

What advice would you give to small businesses just starting out?

The big lesson that we’ve learned is it’s actually not expensive to start up in the first instance. Some people don’t get going with their ideas because they think it costs a lot to start a business, but it’s not that costly anymore because there are lots of really interesting tools and helpful companies like ours. So, I’d say if you’ve got an idea, it’s not that expensive any more to get out there, and it’s better to just start. 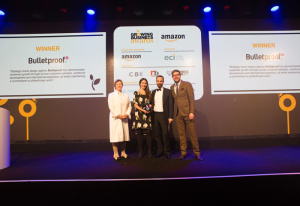 A Bulletproof plan for success in the competitive creative industries 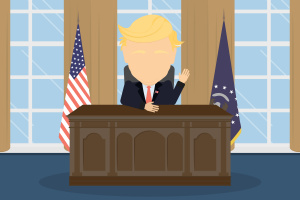